Get ready for the show of a lifetime! On Saturday 26th May 2018, the musician known as Emancipator will arrive at the Red Rocks Amphitheater with his full live band, the Emancipator Ensemble!! Get ready for a night of incredible electronic music, with fantastic support from acts including Manic Focus and Wax Tailor!! 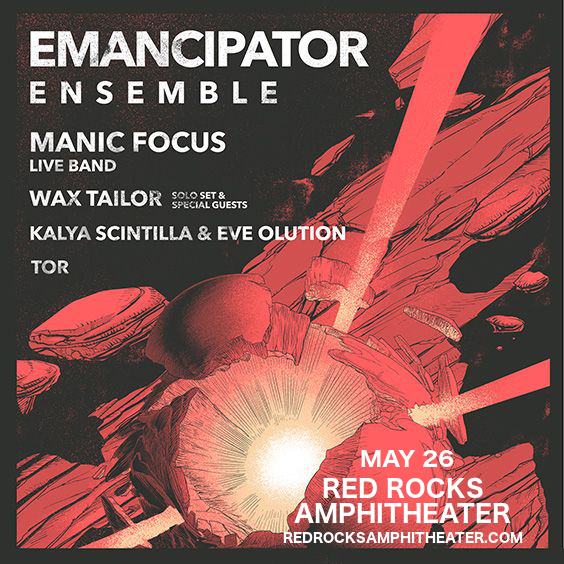 Douglas Appling, otherwise known as Emancipator, is a well-known DJ and Produer. Rising to fame with his debut album “Soon It Will Be Cold Enough” released in 2006 while Douglas was still at college, he played his first live show in 2009 and opened for Bonobo. Now, he’s touring with his fifth and latest album, the stunning Baralku.

“The sounds contained in each song have reached the end of their life process," Emancipator writes. "The once shapeshifting collage of expression has been crystallized into a final form, no longer kinetic. Yet it exists in a state of permanent potential energy, waiting to be accessed in the form of music, just as the memory of a departed soul will always have the power to move us."

Don’t miss your chance to hear all the new songs live at one of the most visually breathtaking venues on the planet – get your tickets NOW!!