The groundbreaking record producer will be coming to showcase a very special show on the Red Rocks stage for fans to enjoy!
Emancipator brings his 'Ensemble' to once again undoubtably give a sell out performance, currently one of the most talked about on the music scene, they have been confirmed to be "an unforgettable experience." Catch it all for yourself under the summer stars… Tickets are NOW available – but not for long! 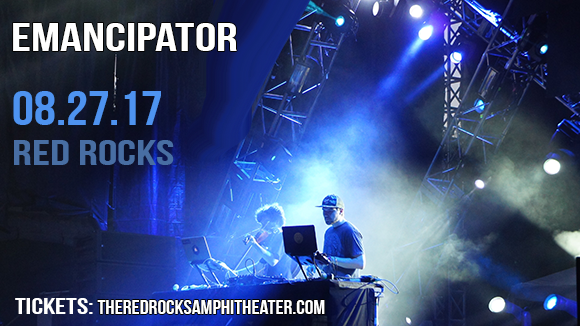 Doug, otherwise known as 'Emancipator' started his career by humble beginnings, born and raised in Virginia, he began to study his love for music and adapt it through many different instruments. First taking to the violin, he further progressed to learning electric guitar, drums and bass – an outstanding achievement for anyone, let a known a teenager! It was clear from the get go that this guy has something special and both his family and friends could see this.

After volunteering, he became interested in worldwide instruments and then after his high school 'Battle of The Bands' – this was the time he discovered electronic music. A life changing moment that transformed his ideas and creativity into a real process. Emancipator is the real deal, a true artist, who has done everything properly and grown with the times, from his albums available to listen to via Myspace to now, touring across North America – put your hands together and join him as he takes to the road this summer!