Father John Misty fans can now grab the chance to catch him perform LIVE as he hits the Red Rocks stage this Summer… as he brings his 'Pure Comedy' show, where he'll be showcasing what he does best, bringing people together through the power of music! Tickets NOW available. 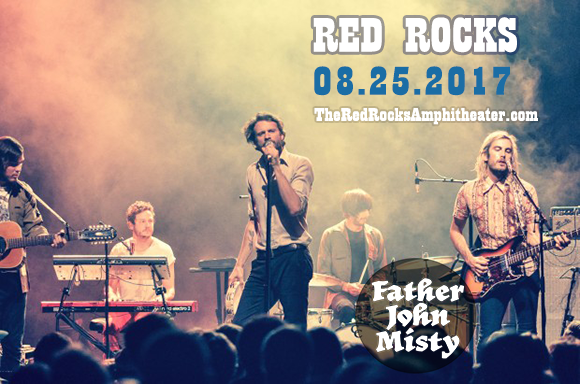 Father John Misty began his career performing with worldwide Folk favorites, Fleet Foxes as their first Drummer until 2012. Since then he has broken through as a solo artist in his own right and brings a fresh new sound to music scene – combining the 1960's classic rock n roll with lyrics that discuss modern day matters. Songs such as "Real Love" have a feel good style to them that brings to mind artists such as Neil Young back in their hey day – whereas his latest album talks about deeper subjects. "Father John Misty , aka Josh Tillman, explores themes of politics, human connections, technology and religion in his third studio album."

If you haven't seen Father John Misty live, then you are truly missing out! Book tickets for his 2017 tour today… you won't regret it!