Denver Film Society In conjunction with Denver Arts and Venues bring you Bohemian Rhapsody and live entertainment at Red Rocks Amphitheatre on Tuesday 28th May 2019! 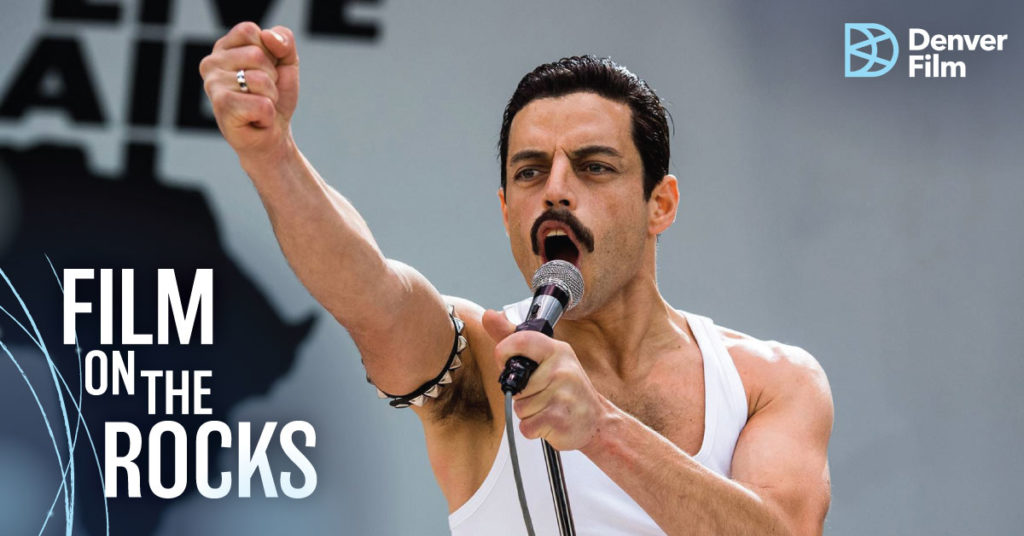 Genre: Drama
Directed By: Bryan Singer
Written By: Anthony McCarten
Stars: Rami Malek, Lucy Boynton, Gwilym Lee
Bohemian Rhapsody is an all sinnging all dancing celebration of Queen, the trials and tribulations of their lead singer Freddie Mercury real name Farrokh Bulsara(played by Rami Malek). How Freddie defied conventions and stereotypes to become one of the most loved and certainly well known entertainers on the planet. The film follows their meteoric rise through their near implosion as Freddie’s lifestyle spirals out of control after his split with Mary Austin(played by Lucy Boynton) and their triumphant return at the Live Aid concert where they gave arguably one of the best rock performances in the world.

Bohemian Rhapsody scored a 49 on metacritic, a certified 61% fresh from Rotten Tomatoes with an average of 85% of audience members liking it. The critics consensus is Bohemian Rhapsody hits a handful of high notes, but as an in-depth look at a beloved band, it offers more of a medley than a true greatest hits collection.

“As for Freddie Mercury, is this his real life? Is this just fantasy – not sure that really matters either. When Malek's strutting like a peacock, this movie is a decently amusing escape from reality.”-Bob Mondello NPR