Film On The Rocks: Dune Tickets

Denver Film is thrilled to present DUNE live at Red Rocks Amphitheatre on Monday, August 15th, 2022. The defining remake of David Lynch’s 1984 film, also based on the original source book, Dune, by Frank Herbert. A noble family becomes embroiled in an inter-galactic war for control over the most valuable asset, Meanwhile, the family heir becomes troubled by visions of a dark future, visions that he has no right to and could spell the downfall of the entire galactic community. Grab your tickets and come see this incredibly faithful adaptation, created by Denis Villeneuve, the director of the science-fiction films, Arrival, from 2016 and, Blade Runner 2049, from 2017. 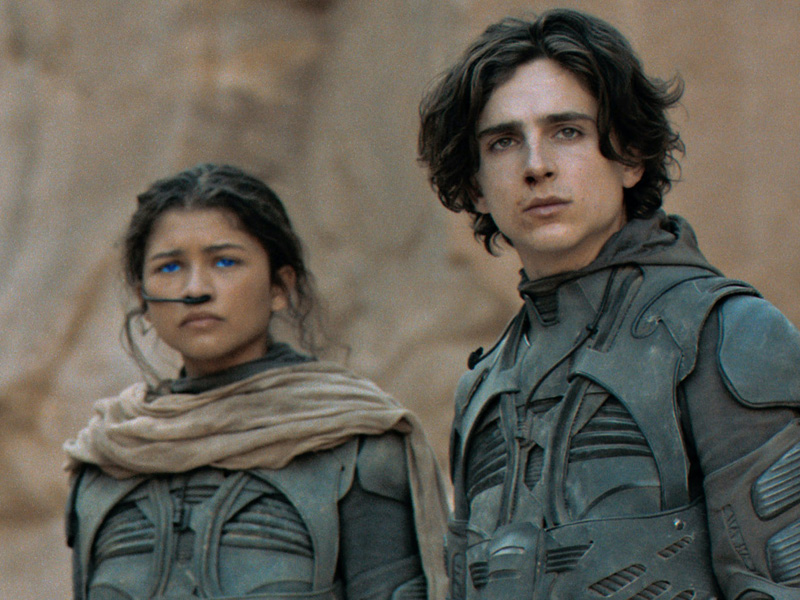 Paul Atreides, is a brilliant and gifted young man, born into a great destiny beyond his understanding. He and the entire Atreides family must travel to the most dangerous planet in the galaxy to ensure their future, they have been gifted the running of the planet Dune, and the rich harvests of the planet's only resource, Spice, the most precious resource in existence as it enables inter-galactic travel. As malevolent forces explode into conflict over the planet, Paul must escape into the desert planet in hope of becoming capable of unlocking humanity's greatest potential. Only those who can conquer their fear will survive.

Denis Villeneuve confirmed in a Vanity Fair article that his adaptation of Dune will be split into two films in order to ensure that the original story would be "preserved and not cut into a million pieces." However, contrary to the common practice of filming several installments back-to-back, only the first movie was greenlit and produced, with an optional sequel depending on how well the first film performed. The sequel was greenlit on the Tuesday after the film opened, and as of May 2022, it has gone into pre-production with filming due to start soon.

Rated PG-13 for Some Disturbing Images, Sequences of Strong Violence, and Suggestive Material.