Film on the Rocks: Ghostbusters Tickets 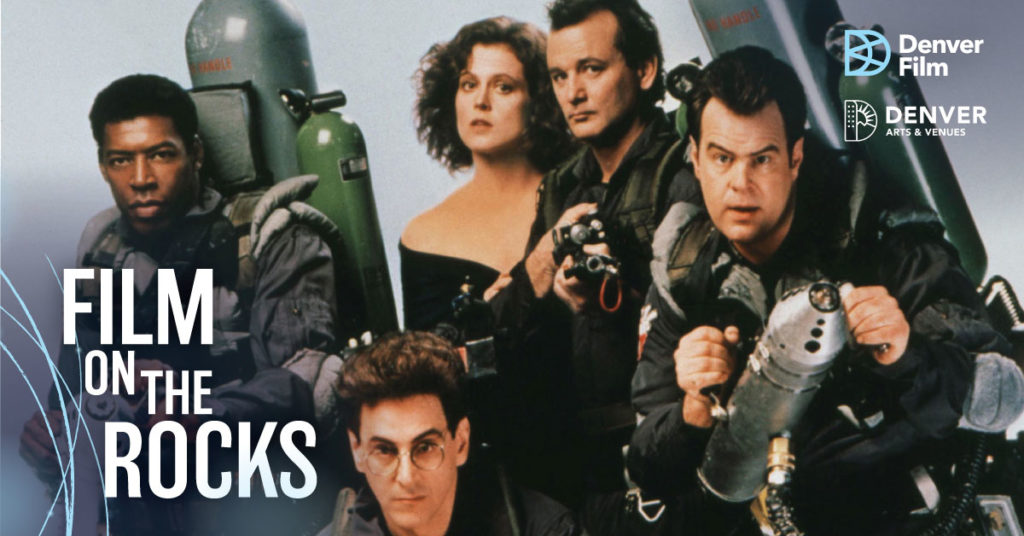 The Manhattan-based paranormal investigator team played by Bill Murray, Dan Aykroyd, Harold Ramis and Ernie Hudson run out of government money and decide to go private and are wildly successful at capturing all the ghosties until it all goes pear shaped, a summoned long-dead Babylonian demon possesses beautiful cellist Sigourney Weaver and releases a godzilla-esc Stay-Puft Marshmallow Man that wreaks havoc on down-town New York.

Ghostbusters scored a 71 on metacritic, a certified 94% fresh from Rotten Tomatoes with an average of 88% of audience members liking it. The critics consensus it is an infectiously fun blend of special effects and comedy, with Bill Murray's hilarious deadpan performance leading a cast of great comic turns.

“Film on the Rocks is a quintessential Denver experience. It is part of summertime.”-Steve J.
Film On The Rocks Fan.

“Ghostbusters is primarily a showcase for Murray, who slinks through the movie muttering his lines in his usual cheeky fashion and getting off an occasionally hilarious crack that proves he's thoroughly enjoying himself.”-Kathleen Carroll, New York Daily News.