Film On The Rocks: The Greatest Showman Tickets

Take the entire family to an incredible movie viewing experience this Monday, July 25, for the 2022 Film on the Rocks at the Red Rocks Amphitheatre. Relive the incredible true story of P.T. Barnum's rise to fame with his team of eccentric yet fantastic circus performers. Yes! We are talking about the award-winning biographical musical drama film, "The Greatest Showman." Watch this instant classic under the stars and sing along to its iconic tracks, such as "This Is Me," "A Million Dreams," and "Come Alive," among many others. Grab your tickets for the entire family and make this Monday night a memorable one. Click the "Get Tickets" button for a safe and fast transaction. 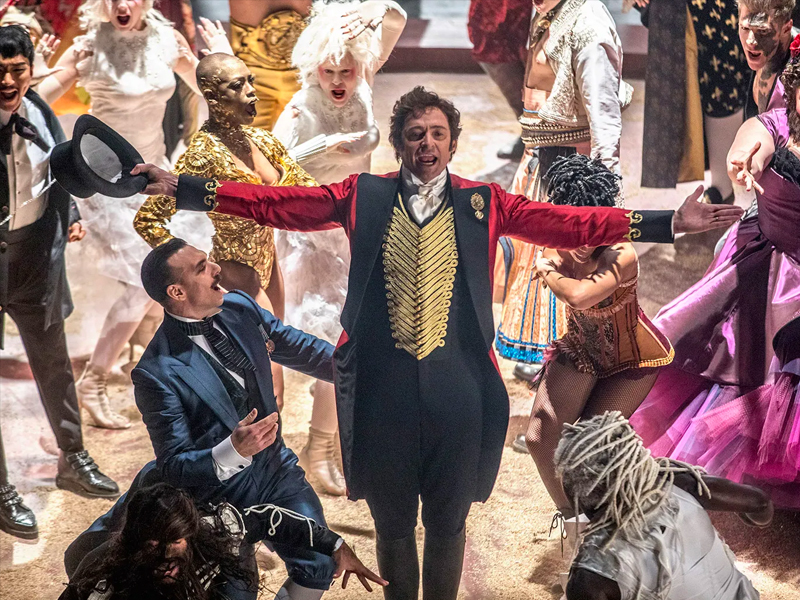 After two years of drive-in screenings and a limited run of in-amphitheater events in 2021, the 2022 Film on the Rocks will be a fully in-amphitheatre experience. Yes, the classic summer returns, featuring live performances and beloved films under the stars at the iconic Red Rocks Park & Amphitheatre. Presented by the Denver Film, five (5) classic films will be shown at the majestic Red Rocks Amphitheater.

The 2017 American biographical musical drama film, The Greatest Showman, is one of the five films audiences can enjoy watching under the stars this summer at the iconic Colorado venue. Directed by Michael Gracey in his directorial debut, the film is the creative retelling of the story of P.T. Barnum, a famous showman and entertainer, and his creation of the Barnum & Bailey Circus and the lives of its star attractions. Starring Hugh Jackman, Zac Efron, Michelle Williams, Rebecca Ferguson, and Zendaya, the movie was an instant hit when it came out to theatres in December of 2017.

Earning the Golden Globe Award for Best Original Song for the song "This Is Me," the film featured nine original songs from Benj Pasek and Justin Paul. The song "This Is Me," along with several others, became an anthem for everyone who loves the film –– and by everyone, we mean EVERYONE! You can watch this film all over again this July 25 (Monday) at the Red Rocks Amphitheatre. Grab your tickets for the Film on the Rocks and prepare for a movie experience you will never experience elsewhere!