Film on the Rocks is back at Red Rocks Amphitheatre this year, and Denver Film is thrilled to announce that the full-amphitheater feels will be experienced again! Yes, drive-in screenings were so two years ago! This summer, you can all enjoy watching the featured films under the starry skies of the iconic Red Rocks Amphitheater, and this Monday, June 13th, you can watch one of Marvel’s most remarkable movies: “Thor: Ragnarok.” Experience the thrill of the third Thor Marvel movie, wherein our hero struggles to free himself from being imprisoned on the other side of the universe to save Asgard. Before you watch the fourth installment of the Thor series this July, better watch this with the entire family in a whole new experience. Grab your tickets here by clicking the “Get Tickets” button. 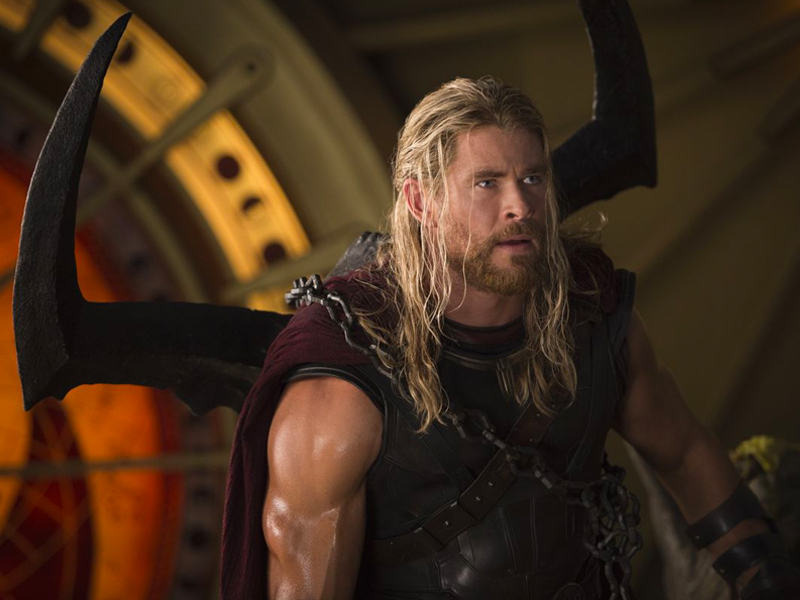 After two years of drive-in screenings and a limited run of in-amphitheater events in 2021, the 2022 Film on the Rocks will be a fully in-amphitheater experience. Yes, the classic summer returns, featuring live performances and beloved films under the stars at the iconic Red Rocks Park & Amphitheatre. Presented by the Denver Film, five (5) classic films will be shown at the majestic Red Rocks Amphitheater, and the 2017 Marvel film "Thor: Ragnarok" is one of these five movies.

"We're incredibly grateful to our audiences who fully embraced the drive-in concept for Film on the Rocks over these past two seasons. However, there is nothing more special than the in-amphitheater experience that Red Rocks delivers and we know that this year's lineup, packed with some of the most popular films of all time, as well as some new film and documentary additions, is going to create a very memorable summer under the stars," says Kevin Smith, CEO of Denver Film.

Directed by Taika Waititi, Thor: Ragnarok is the sequel to "Thor (2011)" and "Thor: The Dark World (2013)," and is the 17th film in the Marvel Cinematic Universe (MCU). Starring Chris Hemsworth as the main character, the movie follows the story of the Asgardian god/Avenger Thor after being imprisoned on another side of the universe. He must get into Asgard as soon as possible to save it and its people from Hela (played by Kate Blanchett) and the impending Ragnarok. Praised for its acting and Waititi's direction, the movie is packed with action sequences, visual effects, musical score, and humor that are all well-put-together. It grossed $854 million and became the highest-grossing film of the Thor trilogy and the ninth-highest-grossing movie of 2017.

A sequel, "Thor: Love and Thunder," is scheduled for release on July 8, 2022. Thus watching this prequel movie before watching the newest installment of the Thor series would be the most ideal thing to do. But it becomes more ideal when you all watch it under the starry night skies of Red Rocks Amphitheater. Grab your tickets for the entire family and make this a date night for all you marvel lovers. You can get your tickets here by clicking on the "Get Tickets" button.