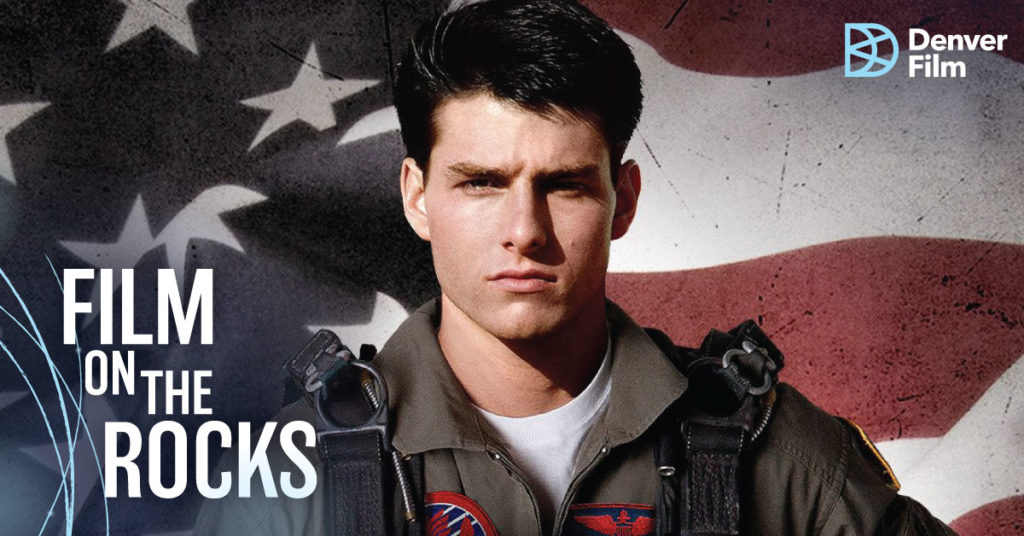 Codename “Maverick”, Pete Mitchell(played by Tom Cruise) is the daredevil navy ace pilot, training in the elite Fighter school “Top Gun”, competes with the best of the best the cool “Iceman”, Tom Kazansky(played by Val Kilmer) who thinks Pete’s reckless flying is dangerous. After the accidental death of Pete’s friend “Goose”, Nick Bradshaw(played by Anthony Edwards) Pete is overcome by guilt and his flying skill diminishes but his fears are overcome with help from “Viper”(played by Tom Skerritt) and successfully deals with a crisis situation involving 6 MiGs.

Top Gun scored a 50 on metacritic, a certified 54% fresh from Rotten Tomatoes with an average of 83% of audience members liking it. The critics consensus is it features some of the most memorable and electrifying aereial footage shot with an expert eye for action, Top Gun offers too little for non-adolescent viewers to chew on when its characters aren't in the air.

“Film on the Rocks is a quintessential Denver experience. It is part of summertime.”-Steve J.
Film On The Rocks Fan.

“There are elements that hold up – especially Cruise's blinding charisma. The aerial scenes are still thrilling, and perfectly suited to a giant screen. Everything else? Well, that depends on how nostalgic you're feeling.”-Elizabeth Weitzman, New York Daily News.