Yes, it’s true. Expectations could not be higher for alt-folk act Fleet Foxes, making a much longed-for return after a hiatus of 5 years!! The 5-piece will embark upon a North American tour, promoting their forthcoming album “Crack-Up”, on a trip that will see them land at the Red Rocks Amphitheater on Wednesday 27th September 2017!! Don’t miss your chance to be present to be part of the Fleet Foxes’ triumphant return – book your tickets NOW before they sell out!! 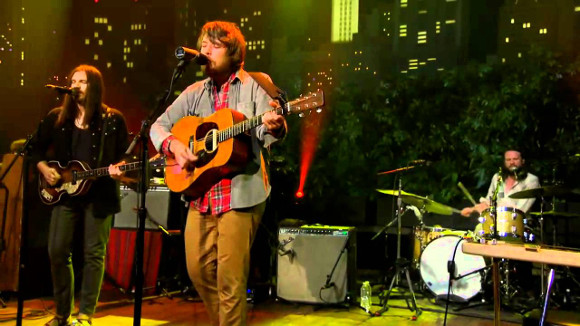 Teasing like nobody’s business with hints as to their upcoming album, including a mysterious photo of a volcano on their Facebook page, the Fleet Foxes have finally dropped the first single from their upcoming album, entitled “Third of May / Ōdaigahara.” The title of the song is both the date they released “Helplessness Blues,” their most recent album, and the birthdate of guitarist and original founding member Skyler Skjelset, who is the focus of the song. Amazingly honest and revealing, “Third of May / Ōdaigahara” is a reflection on the relationship between bandmates Robin Pecknold and Skjelset during the highs and lows of a successful music career. The song is full of exactly what the Fleet Foxes fans are known for – massive dynamics, mournful introspection and vibrant imagery – but also something more. At 9 minutes long, shifting between moods without a hitch, it takes the listener on a journey through the bandmates emotions, conveying anger, sadness, resolution, and uncertainty in equal measures and with absolute conviction.

If this is any indication of what “Crack-Up,” holds in store for us then we can hardly WAIT to hear the album live! Neither should you – get those tickets quick!!