The breathtaking, Florence and The Machine are coming to Red Rocks Amphitheater, and will be gracing the stage on Monday 3rd August 2015! In mark of their new album yet to be released in June this year, 'How Big How Blue How Beautiful!' Florence and The Machine's sound has won over the hearts of many with their floaty, soulful rock anthems which play on a fairytale theme. It's time to raise it up and get ready for this phenomenal evening! 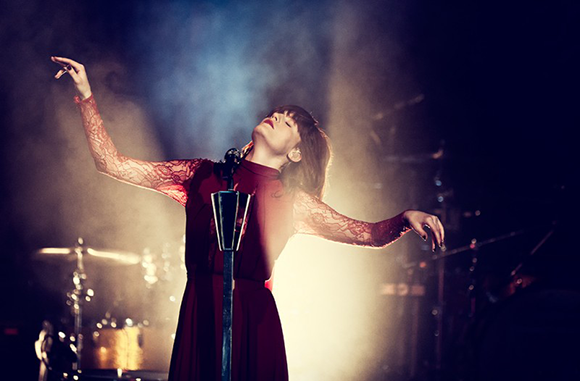 Florence and The Machine are a powerful indie soul band originally from London, UK.
Fronted by lead singer, Florence Welch, who is known for taking influence from Renaissance artists within her lyrical writing style and inspiration from Kate Bush and Fleetwood Mac for her epic performances which always include incredible costume and set designs.
Florence and The Machine's debut 2009 album, 'Lungs', stayed at number two position for an impressive five weeks on the UK Albums Chart, a year later the album's success was still going strong, as it had rocketed into the top forty album chart for 65 consecutive weeks! Which made it one of the best selling albums of 2009 and also of 2010.
Their energetic, mythical rock sound won them the MasterCard British Album award at the BRIT Awards and at the 53rd Annual Grammy Awards, Florence and the Machine were nominated for Best New Artist.
Since then, their career hasn't stopped conquering the music world!
Fans all around the world are now waiting in anticipation, for June 1st 2015, when they can get their hands on their brand new album 'How Big How Blue How Beautiful', which already has received over 2 millions views on the teaser video and the numbers just keep on growing.