Flosstradamus presents the annual HDYFEST, featuring Kayzo & Famous Dex, and coming to Red Rocks Amphitheater on Friday 20th April 2018! An all-star showcase of record label Hi Def Youth's wealth of talent, this show brings together the HDYNATION for an evening of hard-hitting beats to get you dancing all night long! 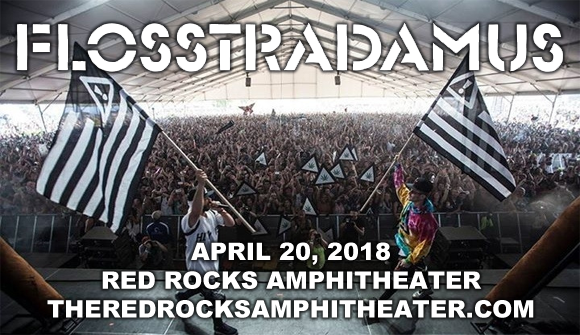 Originally an American DJ duo consisting of Curt Cameruci and Josh Young, Flosstradamus burst onto the trap scene in 2006, gaining wider recognition when they embarked on a tour the following year supporting Chromeo. For ten years, the duo toured and collaborated with a variety of musicians, including  Kid Sister (Young's sister), Diplo, Three 6 Mafia's Juicy J, The Cool Kids, and A-Trak. In 2016 it was announced that both artists would pursue solo careers, with Cameruci continuing to work under the Flosstradamus mantle. Cameruci released the single "Back Again" in March 2017 through Ultra Music, featuring Waka Flocka Flame and Mayhem.