Swedish EDM giants Galantis will be performing one of their incredible, uplifting sets at Red Rocks Amphitheater on Friday 24th April 2020 on the Church of Galantis tour! They'll be playing tracks from their brand new album Church, including the banger ‘Faith‘ with Dolly Parton featuring Mr Probs! Not only that, but there'll be a support set from the incredible 3LAU aka DJ Justin David Blau! Get ready to dance like you're never gonna stop! 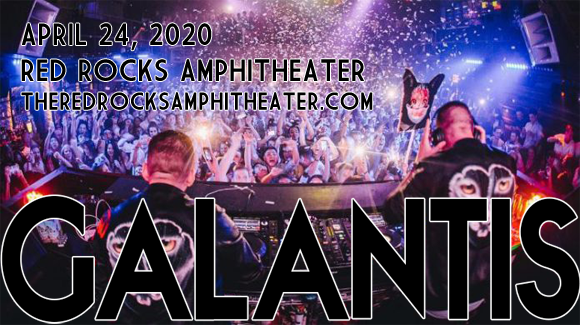 Swedish dance music duo Galantis (Christian Karlsson and Linus Eklöw) formed in Stockholm, Sweden in 2012. Both accomplished producers and DJs in their own right, as a duo they found international success with their single "Runaway (U & I)" from their 2014 debut album Pharmacy, which was nominated at the 2016 Grammy Awards for Best Dance Recording. They have also seen success with the 2016 hit "No Money" and the song "Make Me Feel", which was written for the soundtrack to Netflix's original film, XOXO. The Aviary, their second studio album, was released in 2017 and their third studio album, Church, is due for a 2020 release.