Get the Led Out - Tribute Band Tickets

Get the 'led out and drop by the Red Rocks Amphitheater on Thursday, 2nd of September 2022, as the legendary English rock band is brought back to life right on the stage led by the premier Led Zeppelin tribute band, Get the Led Out. Hailed as the best Zep tribute band out there, Get the Led Out never fails to deliver explosive performances that take audiences back in time across Led Zeppelin's biggest hits and crowd-favorite anthems such as "Stairway to Heaven", "Whole Lotta Love", "Kashmir", "Fool in the Rain", and so much more. As live music makes it big comeback to venues across the country, take yourself back to the good 'ol days of hard rock music led by the best Zep tribute band in town – Get the Led Out. Book your tickets now! 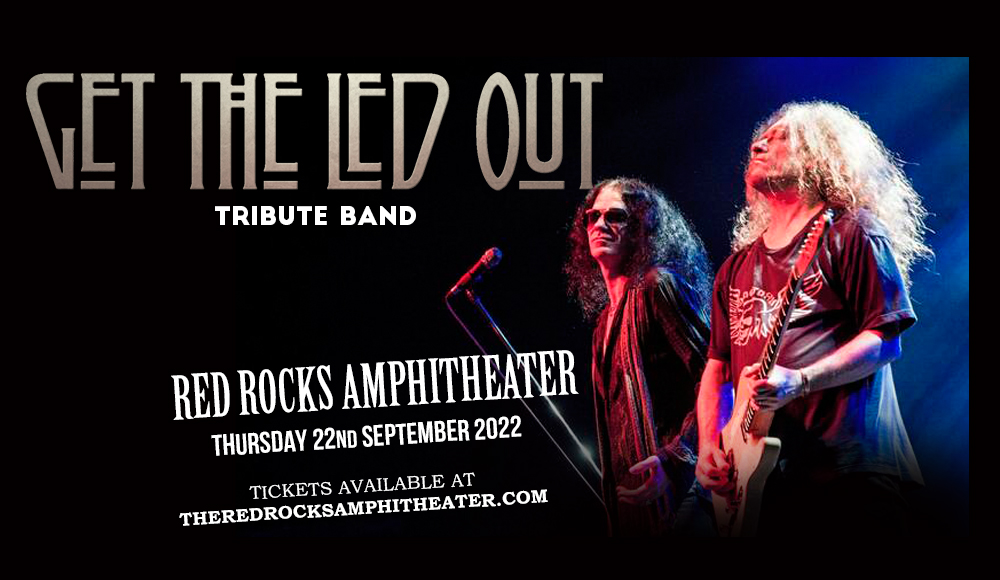 Formed in 2003, Get the Led Out is led by current members Paul Sinclair, Adam Ferraioli, Jimmy Marchiano, Andrew Lipke, Paul Hammond and Billy Childs who all deliver electrifying shows that stay faithful to Led Zeppelin's original recordings, keeping the legendary and authentic sound alive for generations to come.

Hammond mentioned a conversation with his close friend, lead singer Sinclair, “we’d only do this if we did it like the records. We didn’t try to act or look like Led Zeppelin. We recreate the songs exactly as they were on the records".

Though Led Zeppelin only had four members, the six-man show tribute takes pride in recreating the legends' studio sound with its complex arrangement live on stage.

“Led Zeppelin are sort of the classical composers of the rock era. I believe 100 years from now they will be looked at as the Bach or Beethoven of our time.” said lead singer Paul Sinclair in an interview.

Since 2003, they've been out and about fulfilling this mission of bringing the authentic sound of the legendary English rock band live on stage for many years and generations to come.

Get the Led Out has been committed to deliver authentic, electrifying, heart-racing performances of legendary anthems in their setlist such as "Black Dog", "Rock and Roll, "Immigrant Song", "D'yer Mak'er", and so on. Every show is unique, and fans just can't get enough of Get the Led Out's surprises.

It's time to 'Get the Led Out, and book those tickets now!