Psychedelic pop band Glass Animals are coming to Red Rocks Amphitheater on Wednesday June 17th 2020 again! This special second show has been added because they are just that good. Buy your tickets now to RED ROCKS THE CRAZIEST VENUE ON THE EARTH. hopefully it won’t rain again this time. actually, was pretty sick. excited to play some new shiiiii***. love dave. Glass Animals will be joined by special guest Denzel Curry 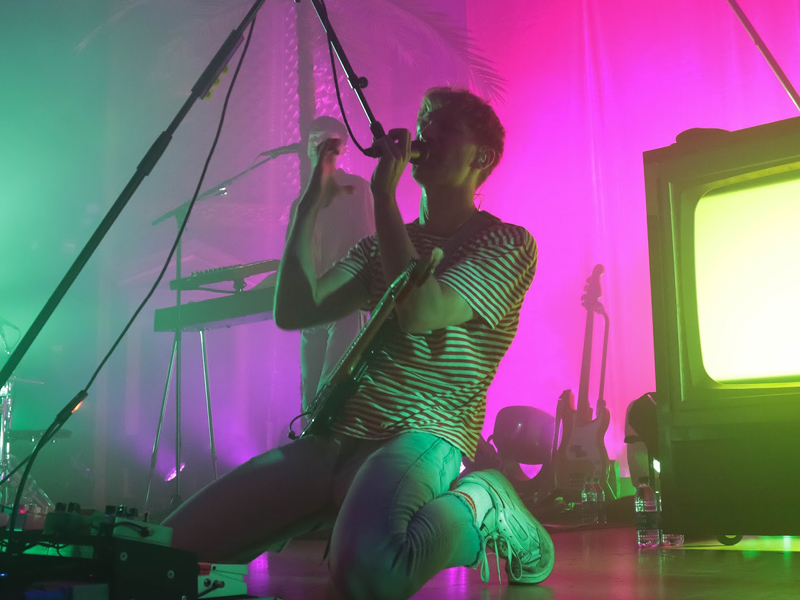 The psychedelic music project Glass Animals is a British four-piece led by singer, songwriter, and producer Dave Bayley and his bandmates and childhood friends Joe Seaward, Ed Irwin-Singer, and Drew MacFarlane. The band has become known for their live shows, playing re-worked, dance-heavy versions of their songs. In 2014, the band released their debut album, Zaba and spawned the single "Gooey", which was eventually certified Platinum in the United States. Their second full album, How to Be a Human Being, received critical acclaim and won in two categories at the 2018 MPG Awards for UK Album of the Year and Self Producing Artist of the Year, as well as a spot on the Mercury Prize shortlist.

Denzel Rae Don Curry an American rapper, singer and composer. Raised in Carol City, Florida he was part of Purrp's hip-hop collective, Raider Klan until 2013 when he released his debut album Nostalgic 64, in September. ZUU is the fourth studio album from Denzel Curry, the title is a nickname for his home city, Carol City, Miami, Florida and it received widespread acclaim from critics, with many praising Curry's tributes to other artists from Carol City. AllMusic saying "In less than a half hour, Curry establishes himself not only as one of the most capable and exciting artists of his generation, but also worthy of a place in Miami's rap pedigree, right alongside the local icons who inspired this gem."