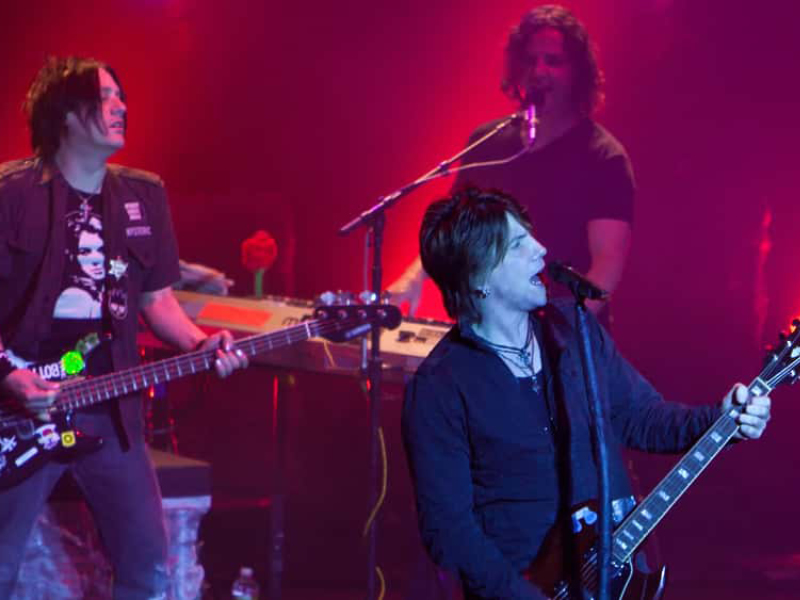 The Goo Goo Dolls are Johnny Rzeznik on guitar, lead vocals and occasionally keyboards, Robby Takac on bass guitar and vocals, Brad Fernquist on guitar, mandolin and backing vocals, Craig Macintyre on drums, and finally Jim McGorman on keyboards, guitar and backing vocals.
“Twenty-one years after "Iris," the Goo Goo Dolls still seem slightly old-fashioned on the slick, soaring Miracle Pill. Delivered three years after the expansive Boxes, Miracle Pill does share that album's glancing attention to modern music. Here, the cavernous, EDM stop of Imagine Dragons is an ever-present backdrop, and the group also finds ways to thread in computer-treated vocals and retro analog electronics; "Money, Fame and Fortune" and "Step in Line" both are dressed in vintage new wave synths that are worn with a sly wink. Still, the Goo Goo Dolls have never been about irony, and their inherent earnestness is well-served by the sweeping cinematic production of Miracle Pill. Every element of the album is oversized, from its sound to its emotions, but the execution is precise: no song is longer than 3:40, the whole thing is over in 38 minutes, the melodies have not a trace of fat. This combination of craft, slickness, and sincerity may seem like a throwback to expensive albums from the 2000s, when big releases were designed to appeal to every audience, but Miracle Pill doesn't seem stuck in the past. It's the Goo Goo Dolls reckoning with their middle age, taking stock of their hope and loss, and packaging up their insights as shiny AAA-pop.” – Stephen Thomas Erlewine, AllMusic