Ok EDM lovers, Britt electronica producers Gorgon City want you ready to enter the Realm at Red Rocks Amphitheater on Thursday, April 27th 2023. So grab your outdoor clubbing outfits, and get ready for the mile high party of the year, as Foamo and RackNRuin bring you a whole fresh mix of their latest EP, Realm, and who know where this psychedelic music trip will take you, but it will be wild! Get your tickets right here for a night to remember. 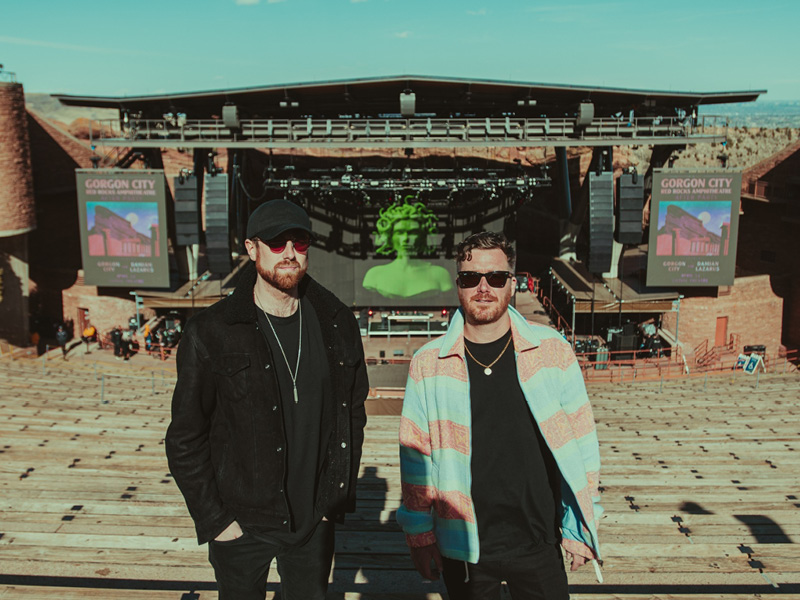 All the way from North London, England, Gorgon City are an electronic music production duo consisting of two producers Kye "Foamo" Gibbon and Matt "RackNRuin" Robson-Scott. They broke into the mainstream EDM world with their debut single, "Real" peaking at number 44 on the UK Singles Chart in 2013 and then followed it with the epic track, "Ready for Your Love", in 2014 which reached number 4 on the UK Singles Chart.

The duo released their latest offering, an EP titled, Realm, in December 2020 featuring one new track and three previously released singles. The EP is a bass-heavy and dance-forward compilation that sounds like it was created to get a crowd moving.

Realm takes you into a new world with the brand-new single “Trapdoor,” a club-ready UK house track, featuring ethereal vocal notes as well as a percussive beat reminiscent of tech house, with a heavy bass line dropping in after the intro and carrying the beat forward. Then dances you across “Grooves on the Vinyl,” combining a more traditional deep house bass, funky synths, and snappy lyrics to offer up an infectious dance anthem. Just to get you, “Roped In,” by taking you on a rhythmic journey of dreamy staccato beats, dramatic builds and drops, and soft, melodic respites. Finally, the EP spits you out at, “Elizabeth Street” with a gentle yet soulful progression of bass and beat that begs the body to move.