It’s a UK Garage takeover! Gorgon City come to Red Rocks Amphitheater on Thursday, April 14th, 2022. Get ready to bounce! The English EDM Duo is bringing their Olympia Tour to Morrison, Colorado for the one and only North American stop, so grab these tickets now, this is the only time and place to see them live! This is slick and sophisticated house music that demands to be heard loud, and you just can’t beat the setting here at Red Rocks. 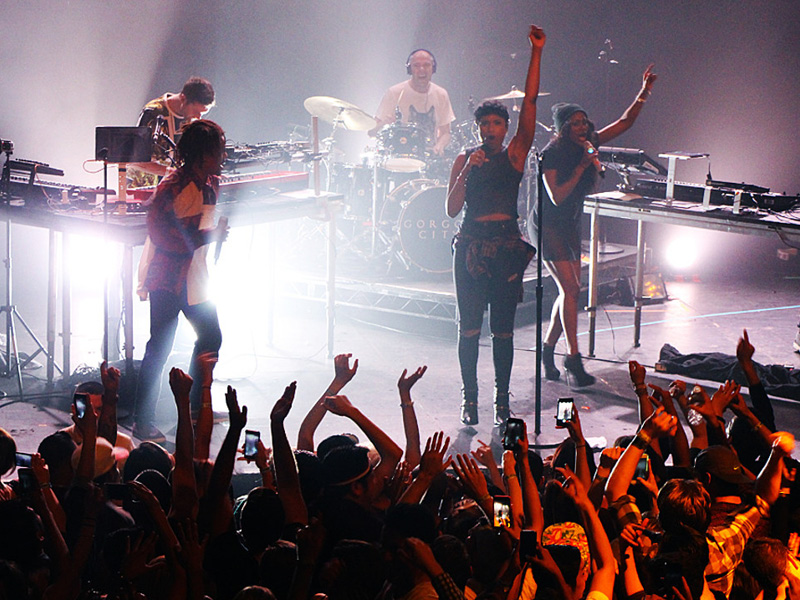 Gorgon City’s third album Olympia sees north London producers Kye "Foamo" Gibbon, now residing in Chicago, and Matt "RackNRuin" Robson-Scott, still in London, take their house, garage and electronic pop to bolder places. “A lot of this was inspired by the really big festival shows we were doing,” Robson-Scott said. “It’s similar to what we did on the first album in that we’re taking our inspiration from underground club music but wanting to combine that with big, epic songwriting.” The new-album leans into nostalgia for formative club experiences, both on the dance floor and in the booth, and shifts from the evocative piano house stabs of opener “Tell Me It’s True” to the warm embrace of “You’ve Done Enough” with Chicago duo DRAMA, through to the bass house tones of inadvertent lockdown anthem “House Arrest.” “We were playing some of the biggest shows we’d done just before making this album,” says Gibbon. “We really wanted to make music that worked on that big stage.”

Gorgon City are an English EDM production duo, their sophomore EP from 2013, Real, brought chart success, with the title track going Top 10 on the UK dance chart. Followed by their 2014 debut album, Sirens, which perfected the duo’s carefree club sound, with vocals that are key to each track, and featured singers including Katy B and Jennifer Hudson. The album spawned six singles, including the platinum hit “Ready For Love,” featuring MNEK. Gorgon City returned with their sophomore album, Escape, in 2018 and topped Billboard’s Dance Club Songs with two 2019 singles: “Go Slow,” a collaboration with Kaskade and Roméo, and “There for You,” with MK.