The welcoming ambiance of the iconic Red Rocks Amphitheatre is perfect for Goth Babe's concert this April 25, which will surely excite all fans of the carefree indie artist. Whether you are a big fan of his alt-rock and synth-pop tunes or you simply want to immerse yourself in a concert filled with an enigmatic amalgamation of rich sounds, guitar riffs, and bright synths, this is the ultimate concert for you. Goth Babe is known to impart fun and easy vibes during his shows. Thus, you are certainly in for a treat when this Memphis native grabs his guitar and starts singing. Secure your tickets now and prepare to indulge in Goth Babe's languid and chilled-out tunes that will make you groove in excitement. 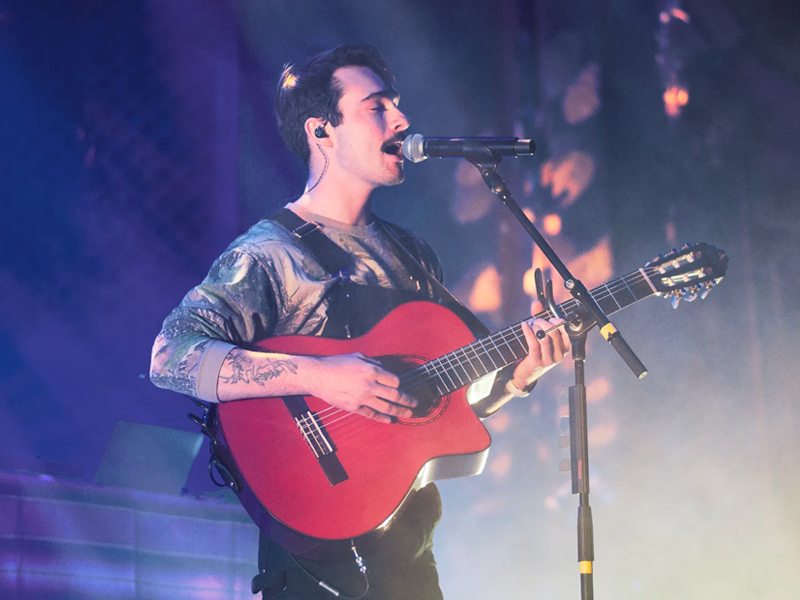 Griff Washburn, popularly known as Goth Babe, infuses alt-rock sounds with lo-fi synth-pop, which complements his lyrics about everyday life and nature. His mellow songs have turned him into a fixture in the indie scene.

During his time at Middle Tennessee State University, Washburn wrote his first recorded songs, "Wasted Time" and "Sunshine," which he later recorded in Nashville. Afterward, he fulltime pursued a career in music. In 2016, he released the first two songs he recorded. He generated buzz due to the release and was inspired to continue. During this time, he also assumed the stage name, Goth Babe. For some time, he released singles and short EPs well-loved by critics and listeners. However, he paused creating music when he found work as a model.

When he moved to Los Angeles, he felt the need to continue his music career, and by doing so, he gained more following. Also, he assumed a significant change in life. He purchased a car and camper, packed up, and traveled the Pacific Norwest. he became a musician nomad, and his adventures heavily influenced his songs.

On April 25, 2023, Goth Babe's trip will take him to a stop at the Red Rocks Amphitheater in Morrison, Colorado. Joining in on the campfire jam are Cautious Clay and Yoke Lore. Cautious Clay is the stage name of Josua Karpeh. He is best known for his collaborated song "Swim Home" with John Mayer. On the other hand, Yoke Lore is Adrian Galvin's moniker. He is a stellar multi-instrumentalist and dancer. His discography includes the EPs "Far Shore" and "Goodpain."