Red Rocks favorites Gov't Mule return to Red Rocks Amphitheater on Friday 14th September 2018 for a special and unforgettable show! Beginning with a solo set from singer, songwriter and guitarist Warren Haynes, the show will also feature a full set of Gov't Mule material, as well as "The Dark Side of the Mule" – a set that sees the band (and some very special guests) pay tribute to the music of Pink Floyd! 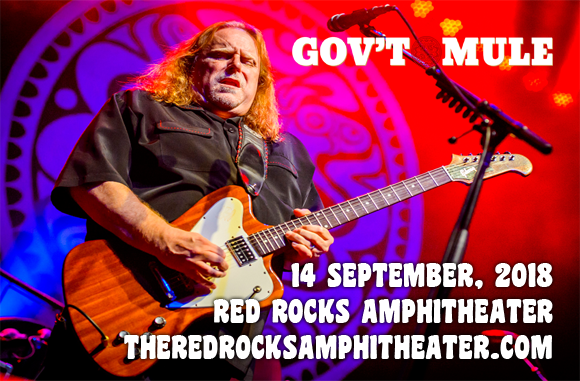 Gov't Mule first began in 1994 as a side project of The Allman Brothers Band. A southern-rock jam-band, formed by guitarist Warren Haynes and bassist Allen Woody, the group soon made their name as a live performance act whose shows often featured world-class guest performers and lengthy improvised jams. A mainstay of the North American festival circuit for several decades now, the band has a dedicated following and performs extensively. Their tenth studio album, Revolution Come… Revolution Go, was released in 2017 on Fantasy Records.