Are you ready to tear it up at Red Rocks? Gramatik comes out to hit the rocks with Haywyre, Balkan Bump and Luxas at Red Rocks Amphitheater on Friday, September 30th 2022. Specializing in hip-hop, glitch, electro and dubstep, Gramatik has built a specialty without specifically boxing himself into one genre, and has successfully transitioned through crossover experiments both with his production and live performances. With nominations for “Best Chill Out Artist” and “Best Chill Out Track”. Racking up over 100,000 sales on Beatport and topping charts on HypeMachine has guaranteed Gramatik’s position as a top-class producer. Don’t miss out on this high energy artist! Buy your tickets now! 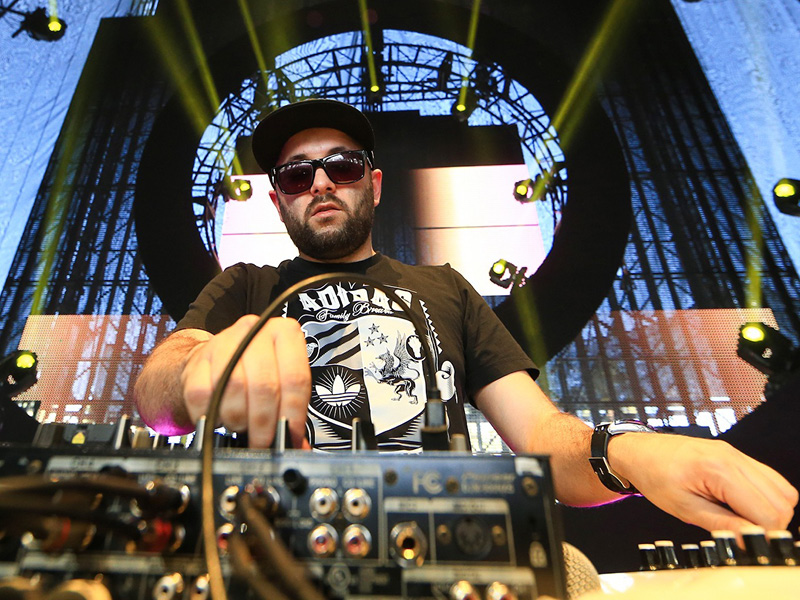 The Slovenian electronic music producer, Gramatik, originally from Portorož, Slovenia, is currently working out of his loft in New York City. He released his debut studio album Expedition 44 in July 2008, and his second studio album Street Bangerz Vol. 1 in December 2008, which charted on Beatport's Top 100 Chill Out chart for a staggering six months, despite also being available for free download! As a producer, he is ridiculously versatile, and extremely talented, making anything from electro house, to hip-hop, to funk, to some heavy bass, and manages to perfectly blend multiple genres of music into one song. He is literally a magician. To date he has produced multiple singles and remixes, 5 EPs, and 13 studio albums including his latest, Water 4 The Soul II, which released in January 2022 and features collaborations with Stehreo, Nic Carter, Anomalie and Luxas.
Gramatik has always thought of music similarly as the computer software community views open source software. Or if we put it more generally, like knowledge is viewed among most of the people. It should circulate as much as possible, and it should ALWAYS be available for free.