Funky fresh electronic artist Gramatik will be smashing the stage at Red Rocks Amphitheater on Saturday 9th May 2015. Make sure you catch his smooth mix of thumping electro beats to make you move! Booming hip-hop, funk, jazz, R&B, bassy dubstep and banging hip-hop tunes, he pushes all the boundaries. Guaranteed to make you dance the night away. Grab your tickets before they fly! 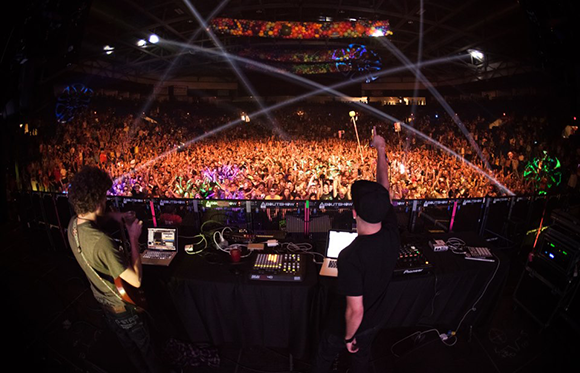 Gramatik is an electronic artist hailing from Solvenia and now a New York resident.
Checking out the cassette tapes from an early age with American funk, jazz, soul and blues. He started making his first beats on an early PC by the time he was just 13!
Topping all kinds of genre charts, Gramatik has clearly matured into a world-class producer. He earned nominations for "Best Chill Out Artist" and "Best Chill Out Track" at the 2010 and 3 best track awards at the 2012 Beatport Music Awards. More recently, after posting a clever remix of Zeppelin's "Stairway to Heaven", he shot to number 1 and has been since appearing in the online 'popular' top 10 chart with every new release. Within the US, it's been a huge year of growth for Gramatik, performing at festivals across the US and alongside labelmate Pretty Lights, including epic sold out shows at Red Rocks. He is now BACK with another hot performance. Catch it while you can!