This September, you can enjoy incredible live bluegrass and folk rock music when you come and see Greensky Bluegrass in Morrison, Colorado! On Friday, 15th September 2023, the sensational jam band will take over the Red Rocks Amphitheater! The show is set to feature the band’s famed high-energy set packed with hits, fan favorites, and new songs from their latest album, Stress Dreams! The show promises many improvisations, lengthy segues, guitar banters, and more! If you love folk, country, and bluegrass, Greensky Bluegrass’ show at the Red Rocks Amphitheater should be on your bucket list! So hurry and score your tickets now before they run out! 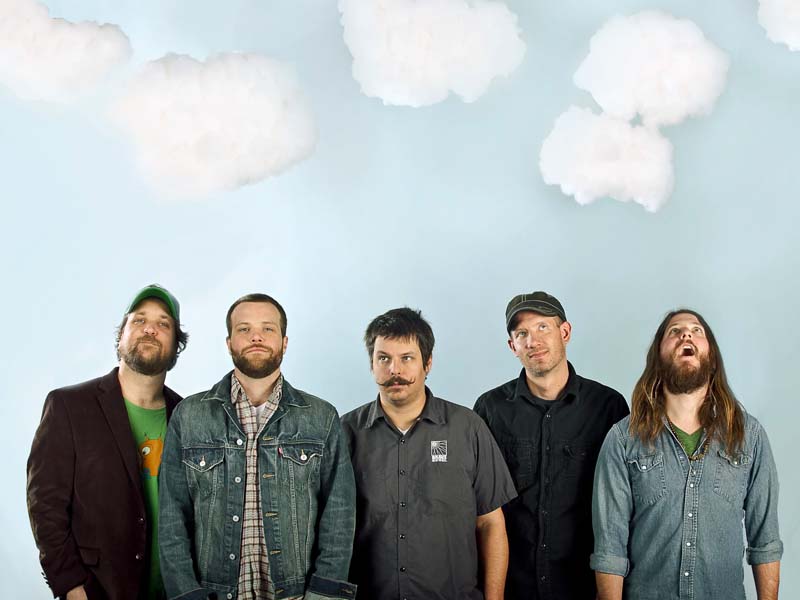 Michigan-based quintet Greensky Bluegrass is a progressive rock band that embraces various influences like bluegrass, folk, country, and more. The band has been known for its unorthodox mix of genres. Moreover, their songs have been praised for their “rule-breaking” characteristics. The band comprises musicians from various backgrounds – Dave Bruzza, Michael Bont, Paul Highman, Anders Beck, and Mike Devol. In 2000, the band got together after joining an open mic night. Six years later, the band entered the Telluride Bluegrass Festival Band competition and blew the competition away. They won the contest and returned the following year as the leading performer. Greensky Bluegrass has released 11 highly-regarded studio albums, including their latest effort, Stress Dreams. Critics revered the album for being outside the box. In 2007, the band released their first live album, Live at the Bells. The album was recorded shortly after the band won the bluegrass competition in Telluride, Colorado. Live at the Bell’s was recorded in Bell’s Brewery in their hometown of Kalamazoo, Michigan.