Widely known for their dazzling live performances and relentless touring schedule, Greensky Bluegrass are back at the Red Rocks Amphitheater on Friday, September 16th 2022 for the first of a two night gig. So, grab some tickets and get ready to kick up some serious bluegrass dust with these seasoned road warriors, and work out those Stress Dreams of the last few years. Greensky Bluegrass are old hands at playing Red Rocks and their gigs here are always impeccable, and this should be another record worthy appearance. 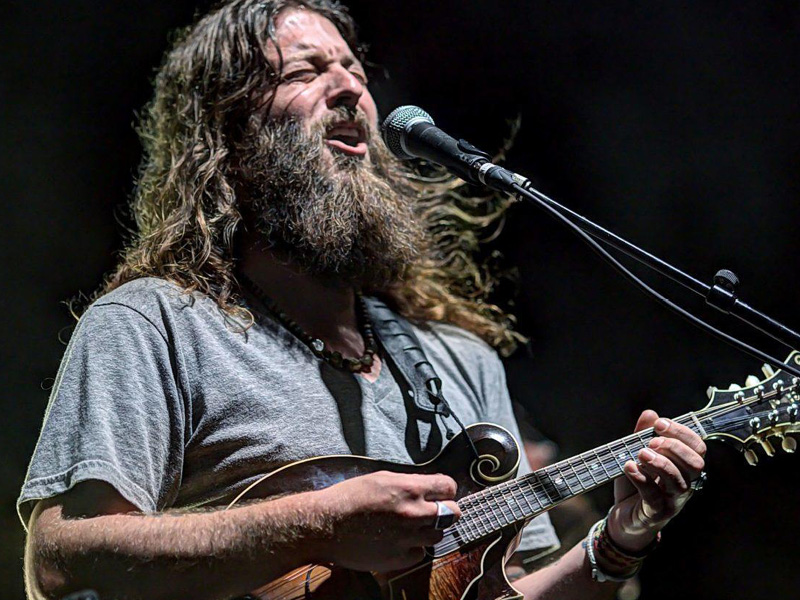 “It didn’t feel like we were squeezing this project into the schedule,” says Mike about making their new album. “The lack of gigs gave us the freedom to get together solely to work on this. It was a relaxed environment. There wasn’t the pressure of time; the songs got space to breathe.” “For all of our records, we always take more time to explore and experiment,” Paul elaborates. “We finished ideas and kept going, thinking everything all the way through. We really put energy into each specific song and made it the best it could be.”

Stress Dreams is the band's eighth studio album and follows Greensky Bluegrass 2019 release, All for Money, which landed on the Top 100 at the Billboard Albums Chart, Top 20 at Independent Albums and Current Country Albums, Top 10 at Americana and Folk Albums, Top 5 at Heatseekers, and number 1 at Bluegrass Albums. “Stress Dreams is chalked full of many characteristics even casual fans of GSBG have come to expect; beautifully written pensive lyrics, sharp flat-picking, harmonies that blend effortlessly, extended studio cuts which serve as launching pads for deep improvisation in a live setting, and their trademark approach of injecting a fresh sense of rock and roll into the sacred genre of bluegrass.” Said themelomaniacs.com about the new album.
Greensky Bluegrass comprises Anders Beck playing the dobro, Michael Arlen Bont playing banjo, Dave Bruzza playing guitar, Mike Devol playing upright bass, and Paul Hoffman on the mandolin. The band is widely known for their dazzling live performances, bringing rock 'n' roll showmanship to high-energy bluegrass and absolutely relentless touring schedule.