The genre bending musical group based out of Kalamazoo, MI, Greensky Bluegrass, comes to Red Rocks Amphitheater on Saturday, September 17th 2022. For nearly two decades, the members of Greensky Bluegrass have created their own, special, version of bluegrass music, mixing the acoustic stomp of a string band with the rule-breaking spirit of rock & roll. Grab some tickets and come and kick up some bluegrass dust at the fantastic Red Rocks and let's all work out those Stress Dreams! 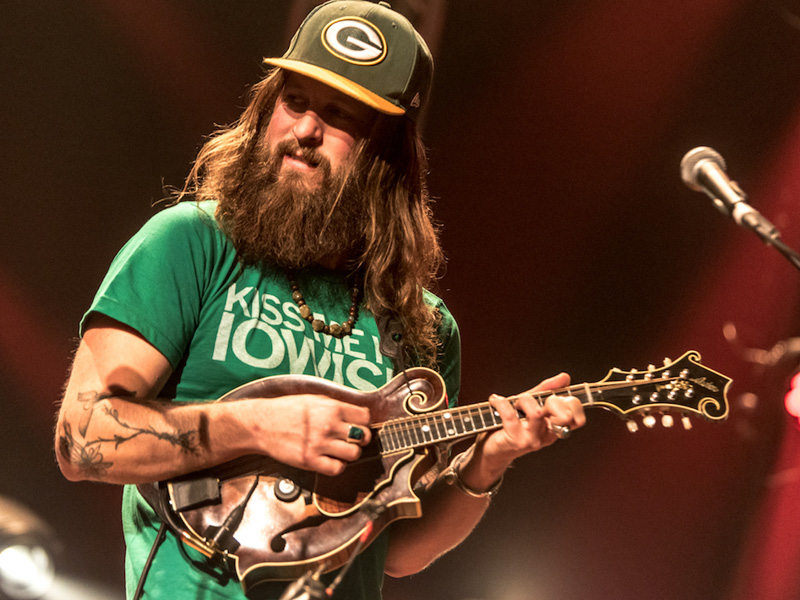 “It didn’t feel like we were squeezing this project into the schedule,” says Mike about making their new album. “The lack of gigs gave us the freedom to get together solely to work on this. It was a relaxed environment. There wasn’t the pressure of time; the songs got space to breathe.” “For all of our records, we always take more time to explore and experiment,” Paul elaborates. “We finished ideas and kept going, thinking everything all the way through. We really put energy into each specific song and made it the best it could be.”

The eighth studio album from Greensky Bluegrass is Stress Dreams, written during the height of the pandemic, it follows their 2019 release, All for Money, which landed on the Top 100 at the Billboard Albums Chart, Top 20 at Independent Albums and Current Country Albums, Top 10 at Americana and Folk Albums, Top 5 at Heatseekers, and number 1 at Bluegrass Albums. “Stress Dreams, manages to find hope in happenstance, and optimism despite obstacles. Yet even despite the distance and divide caused by isolation and uncertainty, they’ve managed to make an album that rings with resilience, drive and determination, the qualities that have set this exceptional outfit apart from early on.” Said Bluegrass Today about the new album.
Greensky Bluegrass consists of Anders Beck playing the dobro, Michael Arlen Bont playing banjo, Dave Bruzza playing guitar, Mike Devol playing upright bass, and Paul Hoffman on the mandolin. The band is widely known for their dazzling live performances, bringing rock 'n' roll showmanship to high-energy bluegrass and a relentless touring schedule.