Greensky Bluegrass with Circles Around The Sun Tickets

Day two of the highest energy weekend out in the Red Rocks of Colorado, It’s Greensky Bluegrass joined by very special guests Circles Around The Sun live at Red Rocks Amphitheater on Saturday September 19th 2020! Come on down for some Red Rocks, Greensky and Bluegrass! You won’t be disappointed, buy your tickets right now to one of Red Rocks most jam-packed weekends of the year, it’s going to be a high-energy live performance not to be missed. 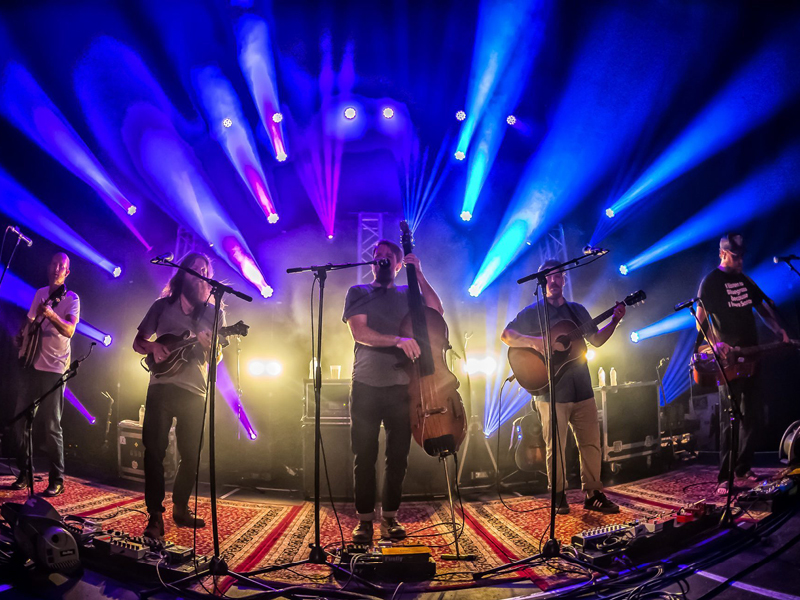 Five-piece American bluegrass rock band, Greensky Bluegrass comprises of Anders Beck playing the dobro, Michael Arlen Bont playing banjo, Dave Bruzza playing guitar, Mike Devol playing upright bass, and Paul Hoffman on the mandolin. In their own promotional material, GSBG describes their sound as “their own version of bluegrass music, mixing the acoustic stomp of a string band with the rule-breaking spirit of rock & roll. We're a rock-and-roll band that plays bluegrass instruments. Bluegrass is such a finite thing. Because you have a banjo and a mandolin, you're supposed to do it a certain way or you'll piss off some people. But we've always been ourselves.”
Greensky Bluegrass brand-new album is out, All For Money, was released in January 2019.

The psychedelic rock-outfit Circles Around The Sun, consist of Adam MacDougall on keys, Mark Levy on drums and Dan Horne playing bass and are joined by guitarist Scott Metzger. Metzger’s innate ability to switch between delivering searing guitar lines and accompanying MacDougall’s trademark psychedelic leads has already proven to be a perfect match this band is well-rehearsed and excited to perform their material together.