Greensky Bluegrass with Lukas Nelson & Promise of the Real Tickets

Look out Colorado, a huge force of nature is coming your way! It’s Greensky Bluegrass joined by very special guests Lukas Nelson & Promise of the Real playing live at Red Rocks Amphitheater on Friday September 18th 2020! Buy your tickets now to this high-energy live performance and be quick about it, these tickets sell out fast and performances remain the stuff of legend attracting diehard devotees who will travel far and wide to experience these guys live. 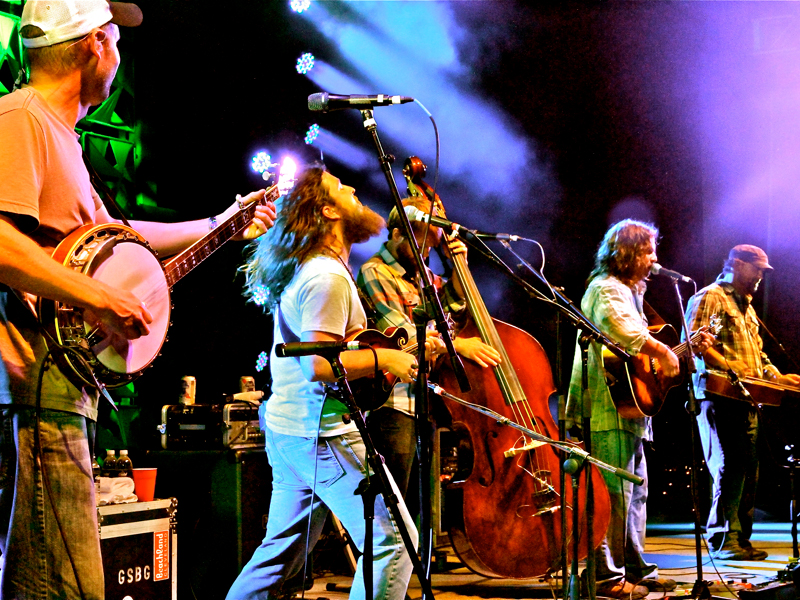 live force of nature renowned for bringing rock 'n' roll showmanship to high-energy bluegrass, Greensky Bluegrass comprises of Anders Beck playing the dobro, Michael Arlen Bont playing banjo, Dave Bruzza playing guitar, Mike Devol playing upright bass, and Paul Hoffman on the mandolin, Greensky Bluegrass is known for pushing the limits of traditional bluegrass. Beck explains, "We're a rock-and-roll band that plays bluegrass instruments. Bluegrass is such a finite thing. Because you have a banjo and a mandolin, you're supposed to do it a certain way or you'll piss off some people. But we've always been ourselves."
“The title track from Greensky Bluegrass’ upcoming seventh album All For Money, kicks up some string-band dust for two spirited minutes, then dissolves into woozy, wobbly psychedelia. Co-produced by Jack White’s longtime bassist, this is the sound of a band firmly embracing its own weirdness. It’s a rollicking new jam by the bluegrass stars.” Greensky Bluegrass’s new album is out now, the cleverly titled seventh full-length, All For Money, released in January 2019