The final day of a heavy weekend, always going to be one of the best shows out here in the Red Rocks of Colorado, it’s Greensky Bluegrass joined by very special guests Railroad Earth live at Red Rocks Amphitheater on Sunday September 20th 2020! Buy your tickets now for an out of this world bluegrass experience, Greensky Bluegrass and Railroad Earth play a music and mix it up with rhythm and dance till you get something that’s country, bluegrass, blues music, show music…and Rock & roll! 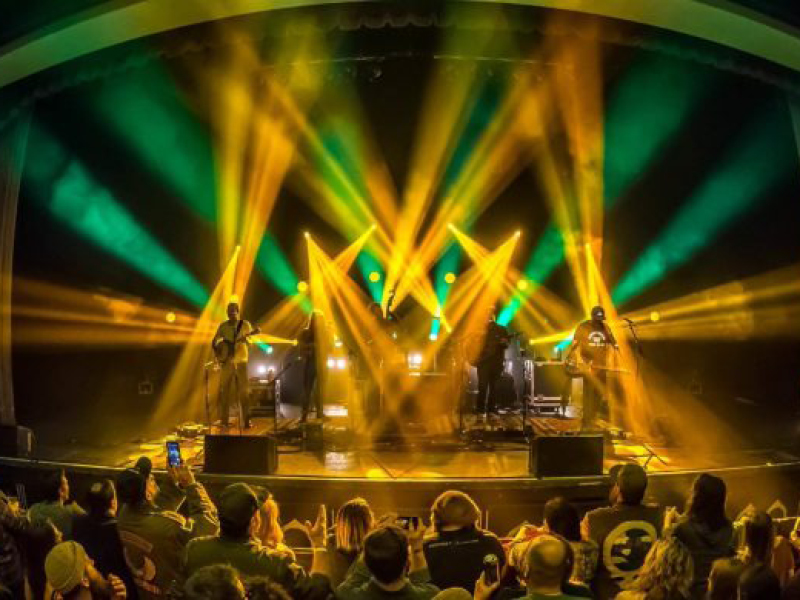 Greensky Bluegrass have been gigging relentlessly for nearly two decades, using the best parts of bluegrass, hard-driving rhythms, speedy solos, ascendant harmonies, as a foundation for a broadly inclusive sound that features wide-open psychedelia and sturdy Americana songcraft. Greensky Bluegrass comprises of Anders Beck playing the dobro, Michael Arlen Bont playing banjo, Dave Bruzza playing guitar, Mike Devol playing upright bass, and Paul Hoffman on the mandolin. Greensky Bluegrass brand-new album is out, All For Money, was released in January 2019, recorded in a converted old church in Asheville, North Carolina, the band tried to incorporate the aging character of the nearly 100-year-old church building into the record’s aesthetic: a microphone was placed near a large stained-glass mural of Jesus to capture the ambience and Hoffman recorded vocals for the title track in the bathroom.

Railroad Earth are lead singer and guitarist Todd Sheaffer, violinist and guitarist Tim Carbone, mandolin, Bouzouki and Piano player John Skehan, drummer Carey Harmon and Andrew Altman on upright and electric bass. Railroad Earth bristle at the notion of being lumped into any one “scene.” Not out of animosity for any other artists: it’s just that they don’t find the labels very useful. As Carbone points out, “We use unique acoustic instrumentation, but we’re definitely not a bluegrass or country band, which sometimes leaves music writers confused as to how to categorize us. We’re essentially playing rock on acoustic instruments.”