Future funk fam, gather round, this one is for you… GRiZ comes to Red Rocks Amphitheater on Monday, September 6th 2021. For one night only, but, for the entire night, only GRiZ playing three set back to back, no breaks, no interludes, just future funk. Reserve your spot on the Rocks right here. “RED ROCKS! WE COMIN BACK FOR 1 NIGHT OF MAGIC! And to make the most of it, I’m gonna play 3 different sets from just after doors til close.” Said GRiZ on announcing the show. So, there you have it, you do not want to miss out on the MAGIC! 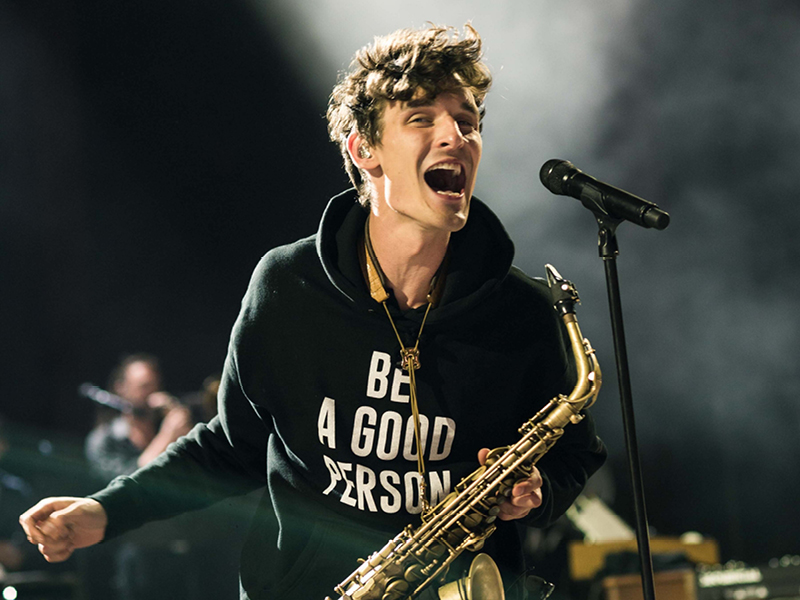 One night. Three sets. ALL GRiZ 😎
• CTGH Set
• ’10-’17 Set
• Full Flex Set
Denver-based, self-described “future funk” artist, Grant Kwiecinski is GRiZ, one of the leading independent electronic music artists in the world, his fifth and breakout album, Good Will Prevail, from September 2016, debuted at number 1 on the iTunes Electronic chart and charted on the Billboard 200 chart. A champion of the live electronic landscape, GRiZ’s live show is a spectacle unto itself, drawing in fans for his mix of improvised saxophone, guitar, vocals, and more over booming bass lines and head-knocking drops, becoming massive attractions around the world. Now with his brand-new album, Ride Waves, from 2019, GRiZ is reaching for new possibilities via enhanced songwriting and improved production as he experiments with fresh genres and techniques. The 14-track album features collaborations with major artists like Wiz Khalifa, Snoop Dogg, Matisyahu, DRAM, and Bootsy Collins and sees the producer taking his sound toward uncharted territories in hip-hop, pop, and dance music, all while keeping the funky GRiZ sound intact. GRiZ’s other notable contribution to society was back when Colorado GRiZ won the People's Choice Flower category for the strain GRiZ Kush, created in collaboration with Native Roots Apothecary, at the 2015 High Times Cannabis Cup in Denver.