American DJ, Gryffin, is back alive and kicking as he's set to release his highly-anticipated sophomore album "Alive" this year. After dropping a slew of singles including collaborations with OneRepublic, Calle Lehmann, Olivia O'Brien, and MØ, Gryffin is set to take on this big new era as he embarks on a headlining tour aboard his very own ALIVE Tour. He's hitting the stage at Red Rocks Amphitheater on Friday, 21st of October 2022. So, get yourselves ready to party and rave with the one and only Gryffin as he celebrates this milestone with his very own fans at the Red Rocks! Book your tickets now! 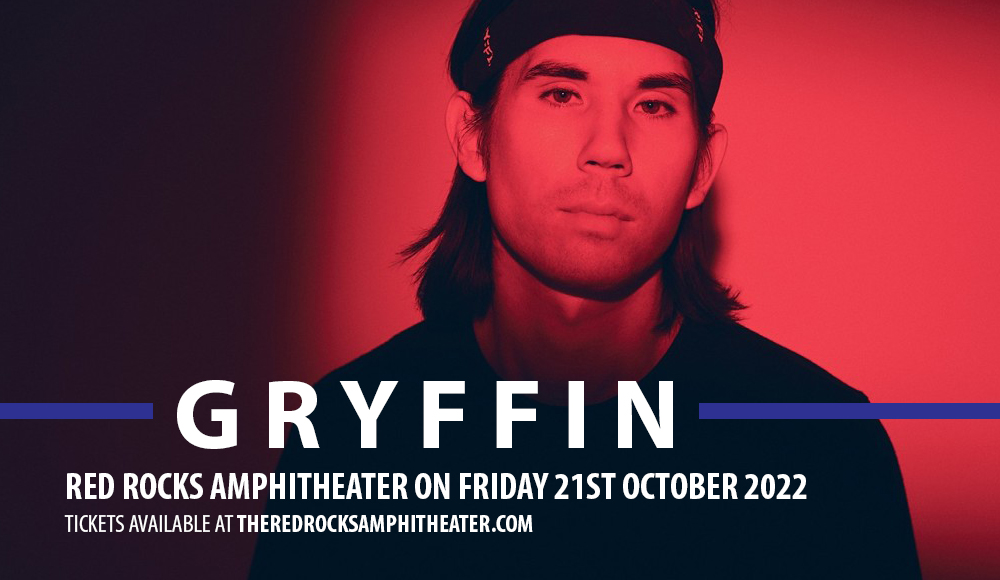 Born in San Francisco to an American dad and a Japanese mom, Gryffin grew up learning the guitar and being classically trained for the piano at an early age. He played in bands throughout high school and spent most of his free time in university at his dorm making music. "At the beginning, I just released music with the main goal of having my friends play it at college parties and I never would have imagined it would get to this point" Gryffin shared.

From local college party songs, Gryffin's own mixes and beats have made their way to the global EDM stage for fans across the world to enjoy. He dropped his debut single "Heading Home" in 2016 featuring Australian singer Josef Salvat. The track hit #22 on Billboard's Hot Dance/Electronic Songs chart, #21 on the Dance/Electronic Digital Songs chart, and topped at #1 on Spotify's Viral 50. Gryffin propelled to become one of the next big DJ songwriters and producers in the scene.

2018 marked Gryffin's big year, releasing five singles including his RIAA Platinum hit "Tie Me Down" with Elley Duhé. His track "Remember" with Zohara topped the US Dance Club Songs chart at #1, marking his first number one hit.

Gryffin's other hits and notable crowd-favorites include "All You Need to Know" with Slander featuring Calle Lehmann, "OMG" with Carly Rae Jepsen, "Body Back", "You Were Loved" with OneRepublic, "Whole Heart" with Bipolar Sunshine, and "Feel Good" with Illenium featuring Daya.

With a big new era coming right up with the release of his highly-anticipated second album "Alive", Gryffin has already shared five singles off of the new record namely "You Were Loved" with OneRepublic, "Alive" with Calle Lehmann, "Caught Up" with Olivia O'Brien, and "Reckless" with MØ.

"It was definitely weird making music without having the experience of performing in front of fans and seeing what they were reacting to and vibing with," he shared to Las Vegas Weekly about working on the new album during the pandemic. "I think I got more experimental and creative with the music over the last couple of years and really had the time to sit with stuff and think about how I can push my sound further than where I had been on [2019’s] Gravity album".

Crossing off an item on his bucket list after releasing his newest single "Reckless" with MØ, Gryffin says "I’m so excited to share Reckless with you all. MØ has been one of my favorite artists of all time, and I’ve always wanted to work on a song with her so this is a huge life goal achievement for me. This song has been 2 years in the making, and we finally felt like we nailed it. We wanted to make a song that was a pure spirited, summery, feel good vibe and couldn’t be happier with how it turned out. Play this one loud with the windows rolled down."

Big surprises and new milestones are in for the EDM star with "Alive" coming out this year. So, don't miss out on Gryffin's ALIVE Tour happening at Red Rocks on October 21st by booking your tickets now!