Are you ready for their ULTIMATE COMEBACK? What felt like an eternity has ended! Guster's: On the Rocks Tour will be rocking the stage on Sunday, July 25th, 2021 at the Red Rocks Amphitheatre accompanied by the acclaimed Colorado Symphony Orchestra. It does not end there! They will be joined by non-other than the show-stopping trio, "The Lone Bellow"! They are back to give you an epic show like you have never had before! Expect a pumping night of nothing but the best rock music. Oh Boy, this is gonna be fun! What's stopping you? Grab your seats while you still can, BOOK YOUR TICKETS NOW! 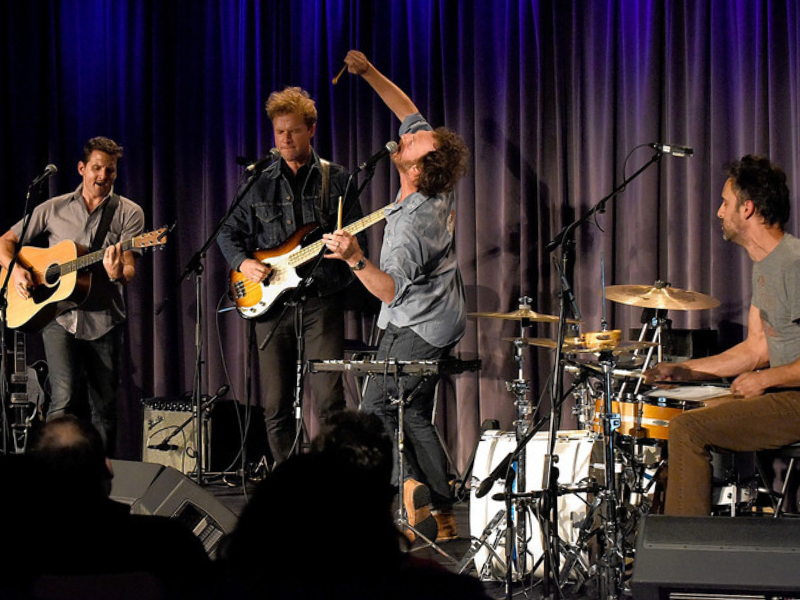 They are back with style! Alternative Acoustic Rock band Guster will be coming out of their "COVIDtirement" to bring their Colorado fans THE BIGGEST SHOW OF THEIR LIVES! Be ready for a non-stop music jam as the group announced their set-list and will be expected to perform their chart-topping hit tracks "Do You Love Me" and "Demons"! Witness an epic show that can't be missed, catch them perform live with this generation's most notable musicians! “This is a dream come true. Bucket list stuff. Beyond.” the band posted on social media after the announcement of their show schedules. We know you're excited, of course, you do!

With their phenomenal co-performer and special guest "The Lone Bellow", expect a thrilling and exciting night filled with raucous cheers and applause!

With their fans craving for their return to live shows, the band will surely give them an all-out epic experience! Formed out of friendship and instruments that don't add up to a band, they made it work and serving you now with the finest alt-rock music of all time! With a concoction of unearthly sounds, feel the rush of adrenaline while jamming with the crowd full of acoustic rock music fans! Hit that “Get Tickets” and reserve your tickets now!