Indie-electropop singer-songwriter Halsey was born to perform onstage. She not only dazzles audiences with her icy-cool yet endearing persona, but she connects with her audiences through her honesty that cuts right through. If you were captivated by her presence and performances on social media, you ain't seen nothing yet. Her onstage confidence and impassioned energy is capable of sending shivers down your spine. You would truly miss out a lot if you let this show pass you by. Getting yourself a ticket is something that your future self would thank you for. Go, book your ticket now! 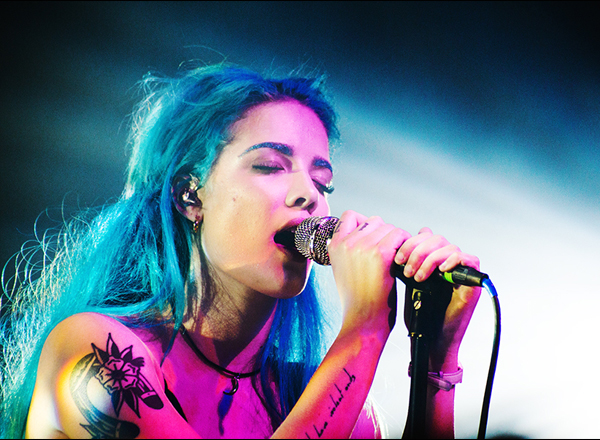 A teener capable of playing the violin, viola, and cello, then moving on to acoustic guitar, truly reeks of
prodigious talent. Halsey is one such gifted person who has cultivated this at a young age, and is now reaping adulation, admiration, and accolades. The power of social media definitely propelled her to such status, which made it possible for audiences to discover her budding artistry. In 2004, a recording, uploading and streaming of her song 'Ghost', awakened the attention of listeners as well as offers for a record deal. Halsey, so far, has released a debut EP titled 'Room 93' in 2014, and her debut studio album 'Badlands' in 2015.