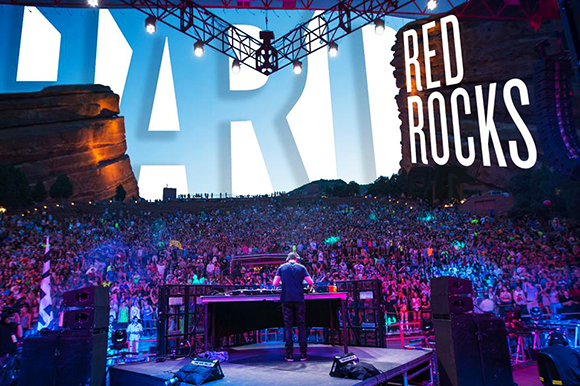 HARD EVENTS crew are known for their world wide recognized landmark festivals and always bring an unforgettable show with impressive light displays that dance and catch the beats to keep you smashing it til dawn! Catch all of this at the legendary Red Rocks Amphitheater!

Headlining the 2018 event is the one and only, DJ Snake! The Parisian DJ is coming to perform all of his biggest tracks LIVE at Red Rocks, the Grammy nominated producer will be showcasing his anthems such as "Bird Machine" and "Turn Down for What" "Let Me Love You" and of course the one that tops them all, "Lean On" plus so many others. Billboard named DJ Snake as number nine on their 2018 ranking of dance musicians titled Billboard Dance 100, so it's an exciting year for him. It's going to be a big night for Electronic music at this years Hard Red Rocks.. coming to perform along side DJ Snake, you can also see – Virtual Self, GG Magree, Mija!