The groundbreaking Christian vocal act – Hillsong Worship are coming down to Red Rocks Amphitheater on Monday 18th May 2020 to give their North American fan base a beautiful evening and a performance they will never forget! With a collection of songs from their previous releases, along with some surprises along the way! Book your tickets today for Hillsong Worship as they visit Colorado this Spring! 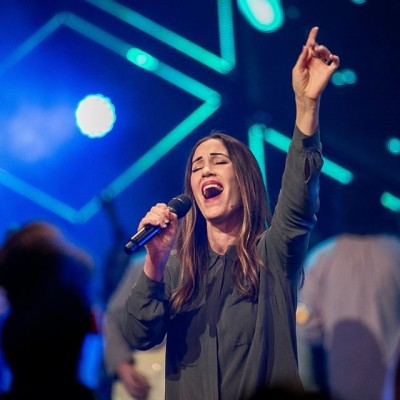 Hailing from Sydney, Australia, the incredible Hillsong Worship have given unstoppable flawless performances over the years. As they made their mark on the Christian music scene across the globe, they have just recently announced their North American tour for 2020. After forming together at the Hillsong Church all the way back in 1983, Hillsong Worship formed for their love of singing and kept on aiming high which has really paid off throughout the years. As they took to the top of the Billboard US Magazine charts and their fan base has become ever-growing, reaching countries all over the world, including their successful following in the US.

With their most instantly recognised members Darlene Zschech, Marty Sampson, Brooke Fraser, Reuben Morgan, and Joel Houston – Hillsong Worship have taken the world by storm with their Christian Albums – hitting the charts with records such as; Saviour King, This Is Our God, Faith + Hope + Love, A Beautiful Exchange, God Is Able, Cornerstone, Glorious Ruins, No Other Name, and Open Heaven / River Wild which have all made it on to the Billboard 200 and Christian Albums charts.

Hillsong Worship are now known as one of the best modern Christian music performers and won the Grammy Award in 2018 for just that with their flawless song "What a Beautiful Name."

Come and catch the amazing Hillsong Worship as they bring their Christian music to the live stage at Red Rocks Amphitheater -celebrate the spring season in true inspirational style!