This spring, the Red Rocks Amphitheater will host many of Colorado’s most exciting live concerts! The season’s series of phenomenal shows include a much-awaited performance by indie rock powerhouse Hippo Campus! On Tuesday, 2nd May 2023, Hippo Campus will deliver their biggest hits, fan favorites, and brand new music from their latest album, LP3! And to make this event even more exciting, the show will also feature an electrifying performance by Gus Dapperton! If you love sensational indie music, you should check out Hippo Campus’ exhilarating set at the Red Rocks Amphitheater this spring! We promise you won’t regret it! 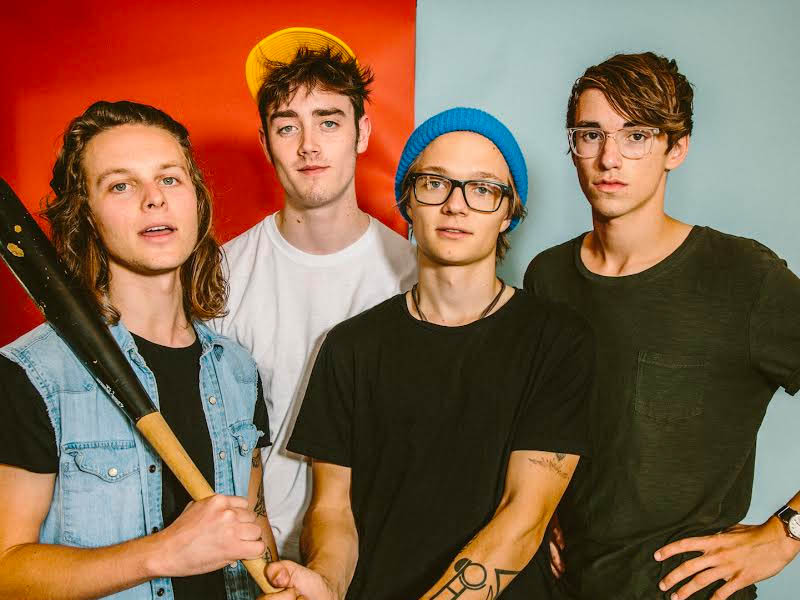 Hippo Campus recently completed an incredibly successful tour last year. The shows promoted the band’s third effort LP3. Due to public demand, the band has extended their outing to 2023 and announced 16 more shows. The tour will kick off at the Red Rocks Amphitheater in May and send the band and Gus Dapperton to major markets across North America.

Hippo Campus emerged in 2015 with the debut single, “Litte Grace.” The single is featured in the band’s debut EP, Tarzan Rejects, released in 2013. Hippo Campus music is a product of various influences stemming from members who’ve met at the Saint Paul Conservatory for Performing Arts. The quintet has members with backgrounds in jazz and opera, while another plays the trumpet regularly. After their debut EP, the band continued to release mini albums and secure amazing gigs at events like SXSW, Lollapalooza, Milwaukee’s Summerfest, Rock the Garden in Minneapolis, and Leed and Reading Festivals in the U.K.

In 2017, Hippo Campus dropped its debut album, Landmark, receiving wide critical acclaim. The album spawned four singles, including “Boyish” and “Western Kids,” entered the Billboard 200 and peaked at number 15 on the Top Alternative Albums chart. The following year, the band dropped their sophomore effort, Bambi, with the lead single, “Passenger.” The tour to promote Bambi lasted from 2018 to 2019, including shows in Europe, North America, and Asia.

If you want to witness Hippo Campus's incredible brand of indie rock, you should quickly secure your tickets now and see them at the Red Rocks Amphitheater this spring!