Exciting news! Gospel-esc indie rocker, Hozier is coming to Red Rocks Amphitheater on Sunday 2nd August 2015! Here with support from folk-rock at, Dawes, Hozier is on his 2015 tour to promote his fresh new self-titled album. After his hit single – 'Take Me To Church', this blues sensation seems to be rocketing into stardom. Catch him while you can! 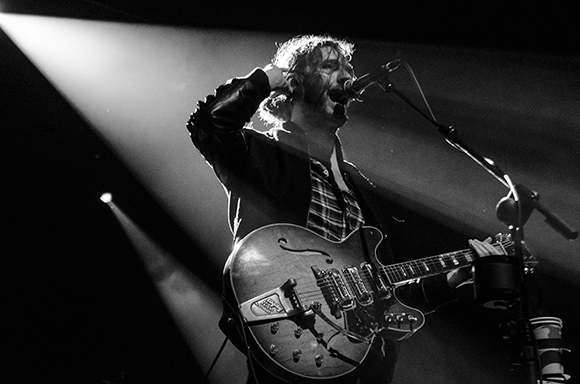 Hozier's popularity seemed to flourish over night, his breathtaking melody hooks and sincere lyrics have caused quite a stir all over the world! Most notably with the hit single "Take Me To Church" which has had viral explosion online via sites such as YouTube and Reddit, it seems that everyone is blasting the powerful ballad. It touches on real life subjects such as homosexuality, something that not many other artists have tackled before, this awarded him with an instant international fan base, as well as record label exposure.
At just 15 years old, Hozier's music taste was already very developed, leaning towards blues, R&B, soul and gospel, influenced from his musical household.
After barely leaving college, Hozier released his E.P. and just a year later, his debut album which swiftly accumulated half-million in sales! This bluesy soulful sensation is one to look out for, there is something very special and pure about him.