Raise your glasses everyone, say 'cheers' because it's time for 420 on the Rocks! One of the most highly anticipated live music events on the Red Rocks Amphitheatre is right around the corner. This year, it's going to be rap and hip-hop night. And nobody does hip-hop like they do… Ice Cube, Method Man, Redman & Action Bronson are hitting the stage of the Red Rocks Amphitheater on Monday 20th April 2020. These guys are not just names, they're legends. Witnessing these hip hop heroes perform in one stage of one night is a jaw-dropping occasion that will go down to the books. A true-blue hip-hop fan would definitely not miss this for the world. Go, book your tickets now! 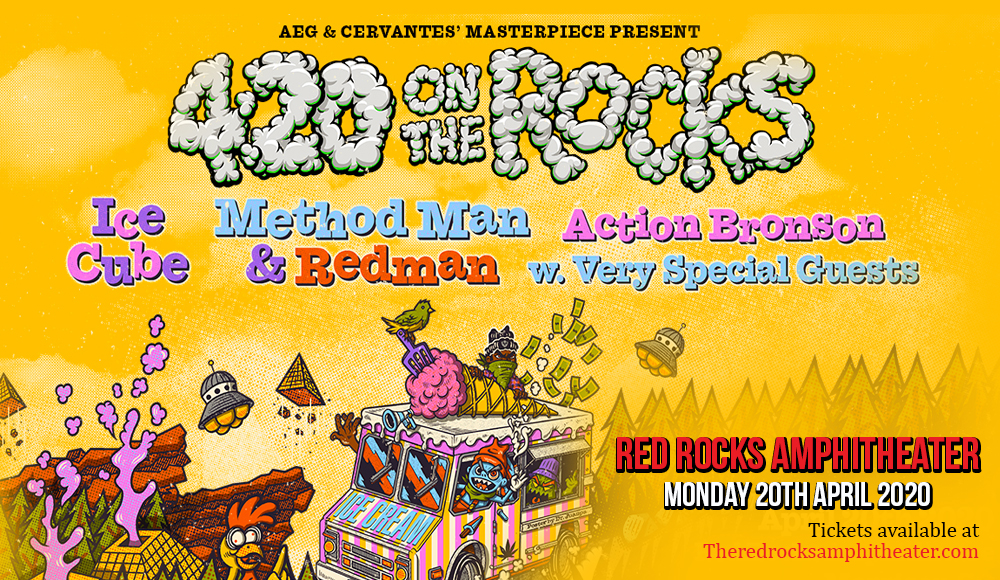 Ice Cube's resume spells supreme versatility. Rapper, actor, producer, director and writer — a career that has evolved and elevated to legendary status. He started out as a founding member of the group C.I.A which branched out to the formation of N.W.A. alongside Dr. Dre and Eazy E. As the group's primary songwriter and performer, Ice Cube gained extreme notoriety has he pushed the boundaries of rap music in terms of lyrical content, that we now brand as 'gangsta rap'. Ice Cube also nabbed the starring role in the film "Boyz n the Hood" (1991), where his performance was heavily praised.

Method Man and Redman were part of notoriously high-profile rap groups Wu-Tang Clan for the former, a Def Squad for the latter. They got together for a recording of "Got My Mind Made Up" for Tupac Shakur's multi-platinum album All Eyez on Me (1996). They were into friendly rap battles on "Yo! MTV Raps", which resulted in their collaborative debut single "How High".

From the contemporary underground hip hop scene of Queens, New York City, Action Bronson is top gun. Some of his rap chops that talk about his love for food, come from his first calling– as that of a gourmet chef. Along with successful album releases namely "Dr. Lecter" which was follow up by his second, "Well Done," Action Bronson also hosts his talk/variety show The Untitled Action Bronson Show, as well as his travel program Fuck, That's Delicious, on Viceland.

420 on the Rocks, let's drink to that! But first, score your tickets now!