HUGE news! The iconic Icelandic’s Winter On The Rocks is back for a much-anticipated 7th year! Headliners for this year include the incredible Mac Miller and Jauz, with further acts still to be announced! Tickets are NOW available for the unmissable Icelantic's Winter on the Rocks: Mac Miller and Jauz at Red Rocks Amphitheater on Friday 26th January 2018! Snowboarders and music enthusiasts alike can’t afford to miss it – get your tickets NOW while they last! 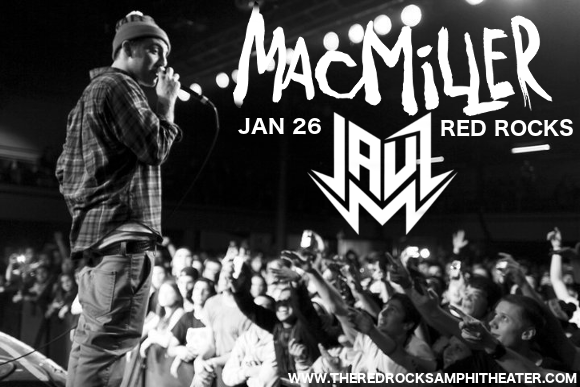 The Pittsburgh rapper Mac Miller became a hit on the underground rap scene with his first album, “Blue Slide Park,” which amazingly then went on to top the US Billboard 200 – the first independently distributed album to do so since Tha Dogg Pound in 1995! Miller will now be supporting his most recent album, “The Divine Feminine”. As for producer Jauz, he’ll be treating us to what he’s best known for – a diverse blend of genres all blended together to make the perfect danceable mix. Known for originals such as “Feel the Volume” and remixes including “Hella Hoes,” get ready for an incredible high-energy dance experience!

Well, what are you waiting for?? Get your tickets to Icelandic’s Winter On The Rocks NOW while they last!!