No other than ILLENIUM will take over the iconic Red Rocks Amphitheater in Colorado this fall for a three-night run including a special throwback set. ILLENIUM refers to his Red Rocks Amphitheatre headlining sets as some of his most "crazy shows" to date. After the Denver-based producer sold out three back-to-back shows at the iconic venue in what was a definite career-defining moment, he is now ready to make magic yet again. A mix of throwback sets to honor the past, and brand new sets to show the exciting future of ILLENIUM and his new album, this three-night spectacle is promising to be one for the books. 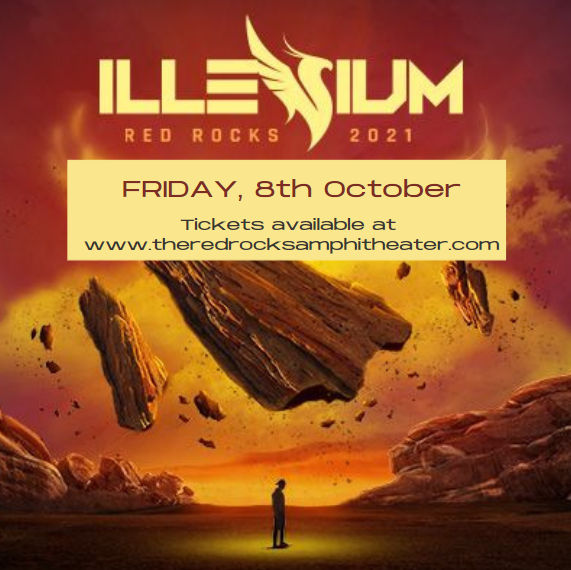 True ILLENIUM fans may be compelled to attend all three nights of the event as the artist announced that the Thursday night performance will be a special throwback set, where attendees can expect to hear classic hits from albums such as Ashes, which recently celebrated its five-year anniversary.

The Friday and Saturday sets will be brand new and will showcase ILLENIUM's upcoming fourth studio album Fallen Embers, set to arrive this summer. Fans and critics already got a taste of Fallen Embers with the release of ILLENIUM's latest single "Sideways," a collaboration with Nurko and Valerie Broussard. So far we've received “Nightlight” with Annika Wells, “Hearts on Fire” with Dabin and Lights, "Paper Thin" with Tom DeLonge and Angels & Airwaves, and “First Time” with iann dior. And they have all made us impatient to hear the new Friday set! Tickets are available at the link above.