It’s a very special night coming up for DJ/Producer Illenium and his fans!! After the massive Awake Tour in 2017, he announced that in 2018 he would headline his very first Red Rocks concert!! That’s right, on Wednesday 29th August 2018 Illenium comes to the Red Rocks Amphitheater – it’s going to be an epic night!! Don’t delay – grab your tickets NOW and get ready for the show of your life!! 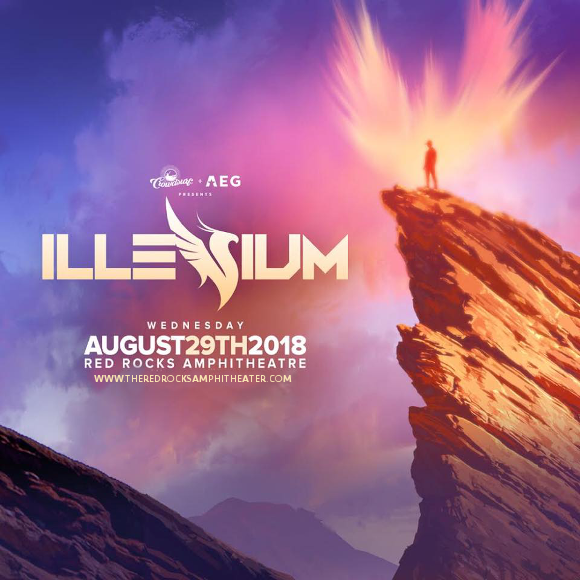 When Illenium saw Bassnectar perform at the Red Rocks Amphitheater in 2012, it was an event that launched his music career, making him work avidly towards his first electronic music release, and in 2013, released his debut EP. In 2016, he released “Ashes,” his debut studio album, which hit No. 6 on the Billboard Dance/Electronic Albums chart!!

“Naturally, what I write is that kind of feels-y, emotional stuff,” he said in an inteview, “but when I'm making a whole album, it's an emotional process for sure. I went through a lot of ups and downs in that year and half process. You have good days, you have bad days, and whatever comes out of that is totally different musical inspiration. I try to harness that as much as I possibly can, not just because of the product, but because it makes me feel better after I do it.”

He went on to tour with massive acts including The Chainsmokers, Big Gigantic, and ODESZA before embarking on his first headlining tour in 2017. There can be no bigger mark of achievement for an electronic musician than a headlining show at the Red Rocks Amphitheater, so the 2018 concert will be something extra special.

Be there! Get your Illenium tickets TODAY!!