Listen up Imagine Dragons fans! The band have announced an extension of 2017’s Evolve tour into 2018! Accompanied by the prodigal teen songwriter Grace VanderWaal, they’re bringing their phenomenal live show on Monday 16th July 2018 to the Red Rocks Amphitheater! As they tour North America, tickets are flying for their exciting show… book yours today! 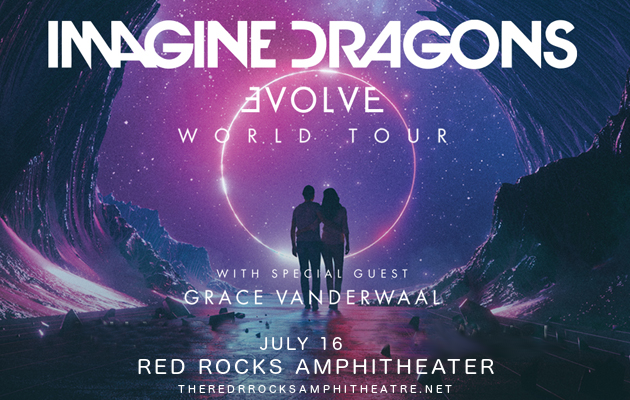 The “Evolve,” album came after a deliberate year-long hiatus following the band’s second album, “Smoke + Mirrors”. The band stated that the distance taken between one album/tour and another helped hugely with both the writing of the new album and their emotional states, due to the intensity of the full immersion in a band/album cycle.

“An album and a tour cycle is a really big thing to take on,” said bassist Ben McKee; “physically and psychologically it removes you from everything that isn’t Imagine Dragons. You forget who you were before the band, and the more you get wrapped up in that, the more you’re affected by something like a bad piece of press. You need to have balance.”

The extra time has paid off. Listen to the all new single “Next To Me,” below and grab your tickets NOW to see the legendary stadium band live!!