Metal fans it's the news you've all been waiting for! As In This Moment have dropped that they will be once again taking to the road on an extensive tour for 2020, joining them on their unmissable shows for support are Ded & Black Veil Brides! Colorado fans cannot wait to experience it all live in concert as In This Moment plus their special guests head to Red Rocks Amphitheater on Sunday 17th May 2020! Join in for one of the most unforgettable nights of your life! 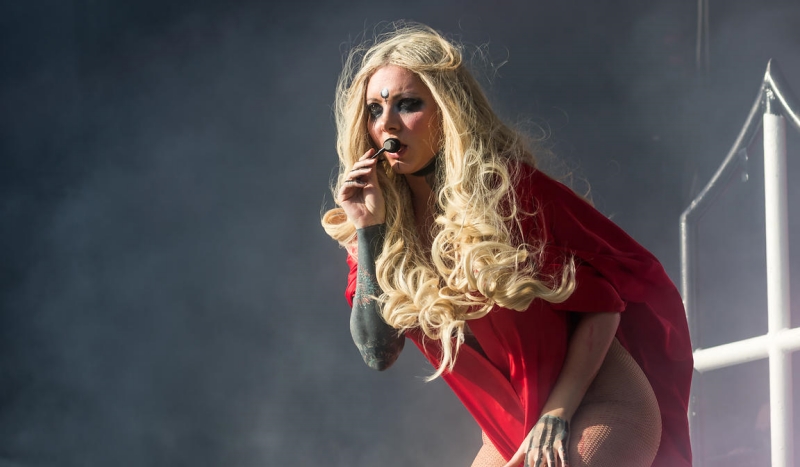 As one of the biggest bands on the Alternative and Heavy metal scene, In This Moment have grabbed the spotlight ever since they first made their debut all the way back in 2005. Led by the talented singer, Maria Brink, In This Moment are known for their epic performances that draw you in and keep you mesmerised throughout. As well as Maria, In This Moment includes guitarist Chris Howorth, Jeff Fabb along with Blake Bunzel and Josh Newell – later replaced with their current bassist Jesse Landry.

Together they have gained respect and admiration across the music world, particularly within the metal genre as they kick started their career in LA, California and moved onto even bigger and better things as they made their way up on the charts with incredible releases. With their debut album Beautiful Tragedy, In This Moment rocked the sales and have been a constant name on the Billboard 200.

Although their sales have progressed throughout the years and have become an amazing triumph for them, nothing beats performing live and In This Moment are often hitting the road to bring their music to their fans. They are also a big name on the festival scene, some of their biggest shows to date have included the likes of Download Festival, Mayhem Festival, Carnival of Madness, Knotfest, Aftershock, Warped Tour, Ozzfest as well as so many more!

Now in 2020 – In This Moment have announced they will be bringing their North American fan base an exclusive and intense showcase as they take to the road with fellow metal acts and bring their fury to the stage! Come and get involved in the anticipation and grab your tickets while they are still available for their Spring dates!