Hip-hop artist, J. Cole is coming to Red Rocks Amphitheater on Tuesday 25th August 2015! Standing out from the crowd with throwing in other genres into the mix with the classic hip-hop vibe. His performances are a build of exciting live energy, he definitely knows how to work a crowd.
Joining him on his 'Forest Hills Drive' tour is rapper Big Sean and contemporary R&B singer Jeremih & Compton rapper YG! The two have been collaborating on recent hit singles such as 'Don't Tell 'Em'.
This night is going to be off the chain! 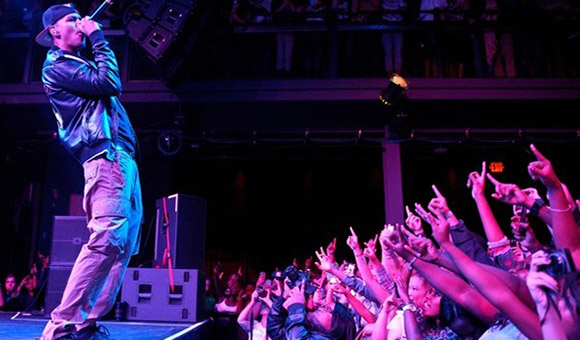 J.cole is an american hip-hop artist, a lover of story telling. Standing out from the crowd with a merge of genres of Hip-hop R&B, slow funk, jazz and neo soul.
His approach to rapping is considered unconventional. Bending lyrics in his rhymes, combining the meaning and rhythm in harmony.
"Rhyme patterns are nothing without meanings to the words,"
He has climbed his way into stardom, with a push from Jay-z. He is now selling out! His newest LP, 2014 Forest Hills Drive, is projected to reach first place on The Billboard 200 next week with well over 300,000 albums sold.

Born and bred on Chicago's South Side, Jeremih is an R&B singer. The first single from Jeremih’s 3rd studio album, Late Nights hit the ceiling and became a huge club anthem in 2014, sampling the classic dance track “Rhythm is a Dancer” with featured rapper YG.
YG's success has built up quickly, kicking off with a wide internet following and entering the studio with Jeremih.

Rapper Big Sean made big news in 2007 when he signed with Kanye West's then-recently formed label GOOD Music. Sean had met West through a hip-hop radio station in Detroit. West offered him a recording contract and helped set up his debut mixtape, Finally Famous, Vol. 1, released in 2007. A second volume arrived in 2009 with a third following in 2010.