A Springsteenisque communal country-rock experience will come your way this May 3 and 4 at the Red Rocks Amphitheater as the Grammy award-winning country artist Jason Isbell takes the famous Colorado venue ablaze. Join hundreds of country rock fans in singing along to his chart-topping hits and feel his songs' poignant, raw emotions that tug the heartstrings. Isbell will be accompanied by his long-time buddies, The 400 Unit, in bringing nothing but the best country performance back-to-back on a Wednesday and Thursday night. Whether you are a big fan of country rock or you simply want to spend your night with friends over great music, this is the perfect concert for you. Witness Jason Isbell and The 400 Unit bring the crowd to their feet in this two-night concert event. Get your 2-day pass now to never miss any of the good stuff! 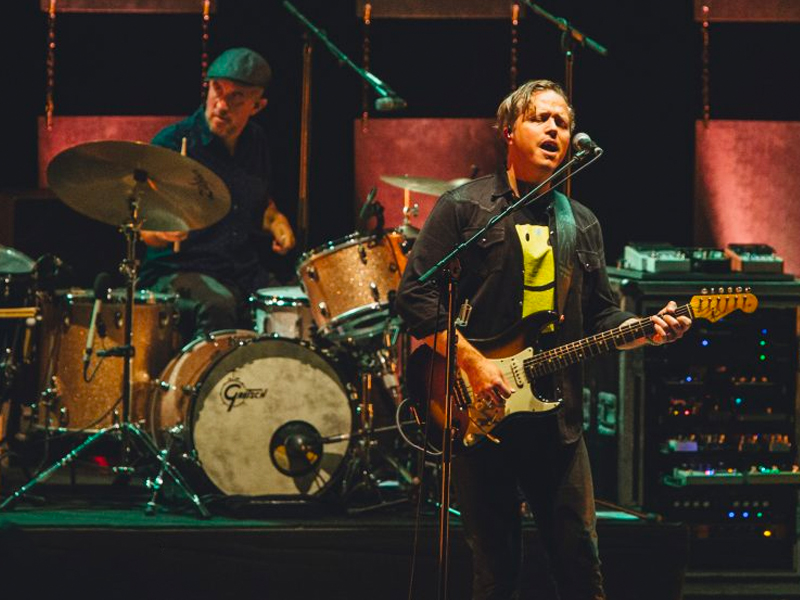 With four Grammy awards, nine Americana Music Honors and Awards trophies, and a Country Music Hall of Fame title under his belt, Jason Isbell is undoubtedly one of the most celebrated artists in the country and Americana genre. Thanks to his emotionally resonant music, he is able to win millions of fans worldwide. He is so good that he is often compared to rock legends like Bruce Springsteen and Tom Petty.

A native of Green Hill, Alabama, Jason Isbell started out as a guitarist and singer for the Drive-By Truckers in 2001. Because of his natural talent, he was able to thrive in the band. They are known for several hits, including "Outfit" and "Decoration Day," which were written by him and include his lead vocals. He broke apart from the group in 2007 to launch a solo career, and that same year, "Sirens of the Ditch," his first solo album, was published.

"Jason Isbell and the 400 Unit," his follow-up album from 2009, introduced a more country rock sound. This is Isbell's first album released with The 400 Unit as the accompanying band. "Here We Rest," Isbell's third studio album, was released in 2011. It was more acoustically focused than his previous efforts. Isbell received his first Grammy nomination for this album, which was very well received by critics and fans alike. "Southeastern," his fourth studio album, was his most commercially successful effort to date when it was released in 2013. Two of the four Grammys it was nominated for were won, including "Best Americana Album." His 2017 album, "The Nashville Sound," received two more Grammys: "Best Americana Album" and "Best Americana Root Song" for "If We Were Vampires." This is the second album where he was accompanied by The 400 Unit. The album was followed by "Reunions" in 2020 and "Georgia Blue" in 2021, both of which are a collaboration with the band.

This 2023, Jason Isbell and The 400 Unit will embark on a concert tour that will surely excite all country and Americana music fans. The iconic Red Rocks Amphitheater in Morrison, Colorado, is scheduled to host a back-to-back two-night concert event for the multi-awarded musicians on May 3 and 4, 2023. Take your chance to watch the shows live; buy your tickets for the back-to-back shows for a reasonable price. Click the "Get Tickets" link to claim your awesome deals.