Once again, Red Rocks Amphitheater brings you the very best in live entertainment as Jason Isbell & The 400 Unit comes to wow the audience on Tuesday 17th September 2019! A show that will undoubtedly leave you wanting more, come see Jason Isbell & The 400 Unit, the highlight of your year! Get your tickets fast, before they go! Don’t miss out on this incredible night! 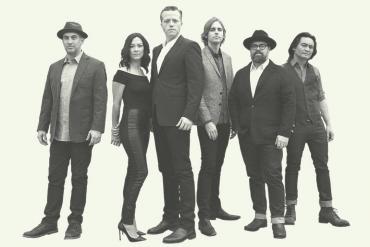 Jason Isbell is a Southern rootsy artist, originally from the Alabama/Tennessee state line, his musical endeavors began at the age of just 6 years old, he learned to play the mandolin. His grandfather and uncle taught him to play various musical instruments. His family were fans of mainly gospel and bluegrass music which comes across strongly in the essence of Jason's much loved songs.

Isbell never fails to deliver some of the best shows due to the heights of his impeccable songwriting on all of his previous albums. The songs need no introduction, making the live experience feel even more sentimental.

"A singer-songwriter of observant insight and penetrating empathy, brilliantly adept at compressing a complicated range of emotions into a terse, plain-spoken turn of phrase."

'She said, “It’s none of my business but it breaks my heart”
Dropped a dozen cheap roses in my shopping cart
Made it out to the truck without breaking down
Everybody knows you in a speed trap town'