Alabama Southern Country Rock singer Jason Isbell & The 400 Unit comes to Red Rocks Amphitheater for a very special second show on Wednesday, May 4th, 2022 joined by special guest Waxahatchee. The first show is already sold out, so grab these tickets while you can, this is your last chance! Jason’s brand-new charity album is out, Georgia Blue, featuring covers from other Georgia artists, whether or not he will be performing these is still to be seen… In the meantime, May the 4th be with you. 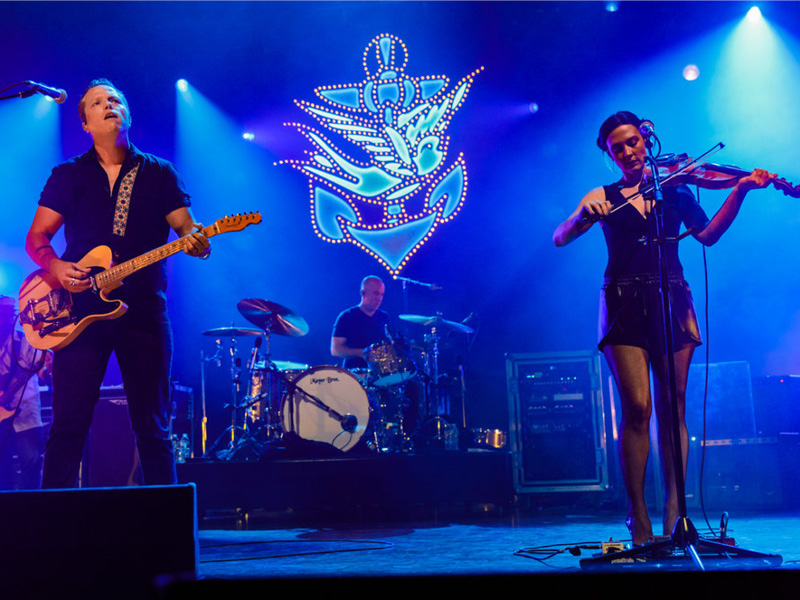 To celebrate Joe Biden winning the state of Georgia in the 2020 United States presidential election Jason Isbell and the 400 Unit released Jason’s eighth album and fifth with the 400 Unit, this special new covers album, Georgia Blue, features tracks originally recorded by R.E.M., Drivn’ N’ Cryin’, James Brown, Cat Power, Precious Bryant, Otis Redding, The Black Crowes, Indigo Girls, Gladys Knight & The Pips, The Allman Brothers Band and Vic Chesnutt. The album was originally conceived of on the night of November 5, 2020, as Isbell announced on Twitter that if, he would record a charity album featuring covers of songs by Georgia artists. The album peaked at the number 21 spot on the Billboard Top Album Sales chart.

Since the release and success of Georgia Blue, Jason Isbell promises to follow the Georgia Blue album with a tribute to Texans should Beto O'Rourke win the race. Jason even offered to help the campaign. "You need a singer for anything, you just call," he tweeted. Twitter users have already started making requests for which artists to include on the Texan album, with Guy Clark and Willie Nelson songs taking the lead, and someone even asked, "which Beyoncé song?"

Jason Isbell and The 400 Unit, are primarily made up of musicians from Muscle Shoals, Alabama. The lineup is: Sadler Vaden on guitar, Jimbo Hart on bass guitar, Derry DeBorja on the keyboard and accordion, Chad Gamble on drums, and Amanda Shires playing the fiddle.