The Jerry Garcia 75th Birthday Concert comes to Red Rocks Amphitheater on Friday 4th August 2017, celebrating a legend of music and a cultural icon! There will be performances from Bob Weir and The Campfire Band, plus an unforgettable collaboration of artists in Jerry's name, featuring longtime Garcia collaborators and some of the hottest talents in their field! 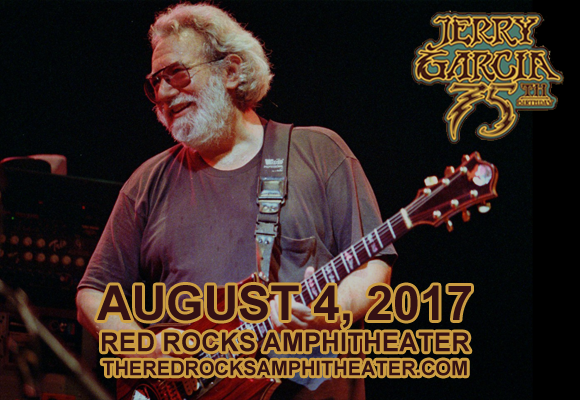 Best known as the vocalist and lead-guitarist of the Grateful Dead, Jerry Garcia was an American singer, songwriter and musician. One of the band's founding members, Garcia performed with the Grateful Dead for their entire thirty-year career, until his death in 1995. He also collaborated regularly with other musicians throughout his career, forming and participating in a variety of side-projects including  the Saunders–Garcia Band (with longtime friend Merl Saunders), the Jerry Garcia Band, Old and in the Way, the Garcia/Grisman acoustic duo, Legion of Mary, and the New Riders of the Purple Sage (which Garcia co-founded with John Dawson and David Nelson). In addition, Garcia released several solo albums, and contributed to a number of albums by other artists over the years as a session musician. Rolling Stone ranked Garcia as 13th in their "100 Greatest Guitarists of All Time" cover story, and he was noted for his unique playing style.