Guitar gods are blessing the Red Rocks Amphitheater this Sunday, August 7, 2022, as one of the world's greatest guitarists, Joe Bonamassa, will be rocking the nearly 10,000 capacity of the famous Colorado venue. Together with his equally talented band, Joe will be performing all of his songs from his new album "Time Clocks" as well as his rock and roll blues hits such as "Redemption," "Dust Bowl," and "I'll Play The Blues For You," among many others. Be amazed by his extraordinary guitar skills and incredible voice that only gets better and better as he ages. Grab your tickets now and reserve the best seat in the house, as you will be in for a treat as this concert event will be recorded for a future DVD. Be part of history and see one of the great American rock and roll blues guitarists perform right before your eyes. 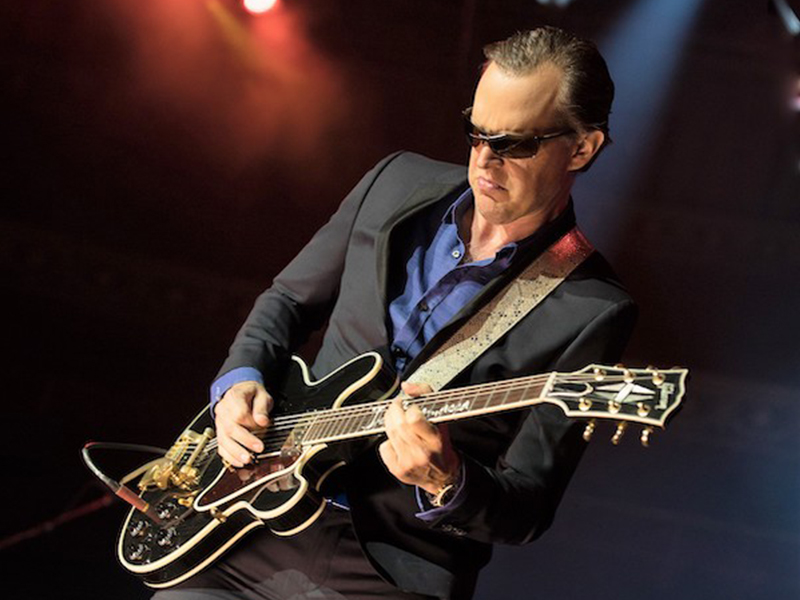 Adding to the busy concert schedule of Red Rocks Amphitheater this summer is the concert of one of the world's greatest guitarists, Joe Bonamassa. The New York-native artist will take his anticipated tour to Colorado in a two-night concert event that will surely excite all rock and roll blues enthusiasts.

This two-night concert is expected to be epic since it will be recorded for a future DVD. He will also feature newer songs in this concert. In fact, Joe will be performing "Time Clocks" in full alongside notable hit songs which catapulted him into stardom. This is good news for all loyal fans of Joe who have known him since his early days as a blues musician because the songs in his album show a different sound to the 44-year-old legendary guitarist.

Without deflecting from his roots, Joe's new sound contains a raw and vital flavor, combined with a resolute skill that can only be gained through years of perseverance and unyielding dedication. It's Bonamassa at his finest, ready to rock.

"What started out with the intentions of being a trio record turned into probably my most adventurous and involved record to date," explains Bonamassa in an interview.

Indeed this is a career-defining album for Bonamassa, and this two-night event at Red Rocks will add to the success of this album. So don't forget to get tickets for any of the two shows that this guitar legend will be having. Tag your concert buddies along and experience the magic of the one and only Joe Bonamassa.