Snap out of that virtual computer concert and experience a real and legit guitar hero live on stage. Hailed as one of the world’s greatest guitar players and a highly revered hotshot blues-rock star, Joe Bonamassa is slated for a one-night-only performance at the Red Rocks Amphitheater on Sunday 9th August 2020. This year marks his 7th consecutive year of performing at this esteemed venue, proving that Bonamassa's concert is one of the biggest crowd drawers of the season. With that said, fans are starting to get their hands on this hot ticket early on. Don't be left behind. Click on that 'get tickets' link on this site — right here, right now! 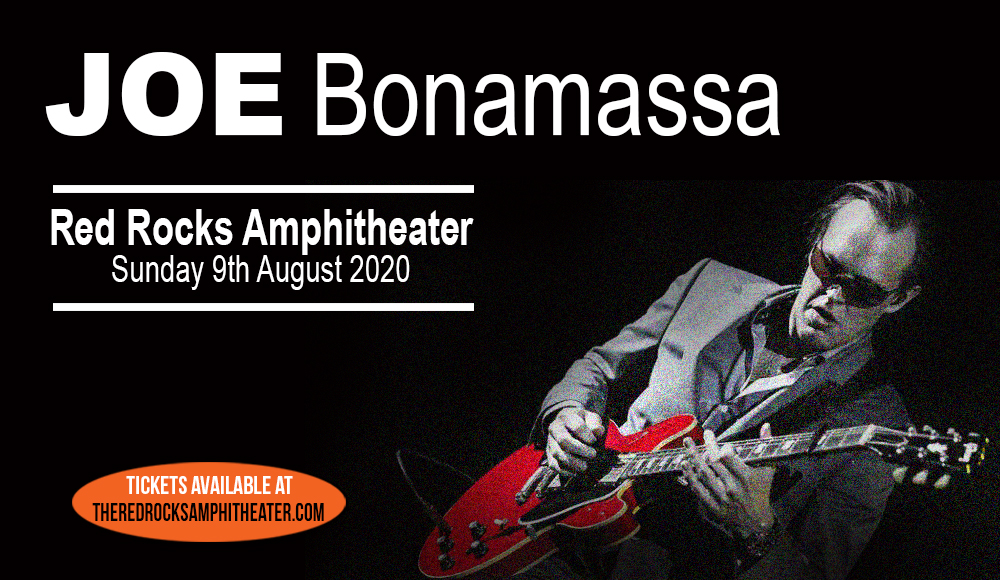 For an artist to draw crowds year in and year out for seven straight consecutive years at the Red Rocks Amphitheater is a testament to his staying power and mind-blowing artistry, worthy to be admired as a guitar hero, laudable as a guitar god. As Joe Bonamassa steps up the stage this year, part of his game plan is to connect and bring delight to his fiercely loyal fans and his newfound followers. He will be curating a special live engagement featuring the prestigious Colorado Symphony, a unique collaboration that will showcase Bonamassa giving both acoustic and electric renditions of his essential tracks.

Bonamassa is a child prodigy who began his career at age 12, when he opened for B.B. King. Indeed, it seems that the blues-rock torch has been passed on to a masterful talent who took his music to unprecedented heights.

Bonamassa's career is highly decorated with accolades and recognitions which include two Grammy Awards, Guitar International’s 2011 “Guitarist of the Year,” “Breakthrough Artist of the Year” at the 2009 Classic Rock Roll of Honour Awards in England, No. 48 in Guitar World’s 100 Greatest Guitarists of All Time, and Billboard’s No. 1 Blues Artist of 2010.

The music press and critics rave and sing high-praises to his guitar genius.
"The best guitarist on the planet at the very top of his game." – Liverpool Echo

"Arguably the world's consummate Blues guitarist and its greatest exponent didn't just rock the joint he simply blew the roof off." – Reading Chronicle

Don't pass up on this opportunity to witness a guitar god in action! Go, book your tickets now!