Do you want to experience an exciting concert night with one of America's greatest rock and roll blues artists? You are in for a treat as the Grammy-nominated singer-songwriter and celebrated guitarist, Joe Bonamassa, takes his "Time Clocks" 2022 concert tour to Red Rocks Amphitheater for a second time around this Monday, August 8, 2022. Whether you have missed his first night at Red Rocks or you simply want to experience his guitar magic all over again, this show is for you. Let his insane guitar skills, powerful vocals, and incredible all-star band give you one of the best concert experiences this summer. So grab your tickets now and let Joe take you on a rock 'n roll blues journey that will surely be unforgettable! 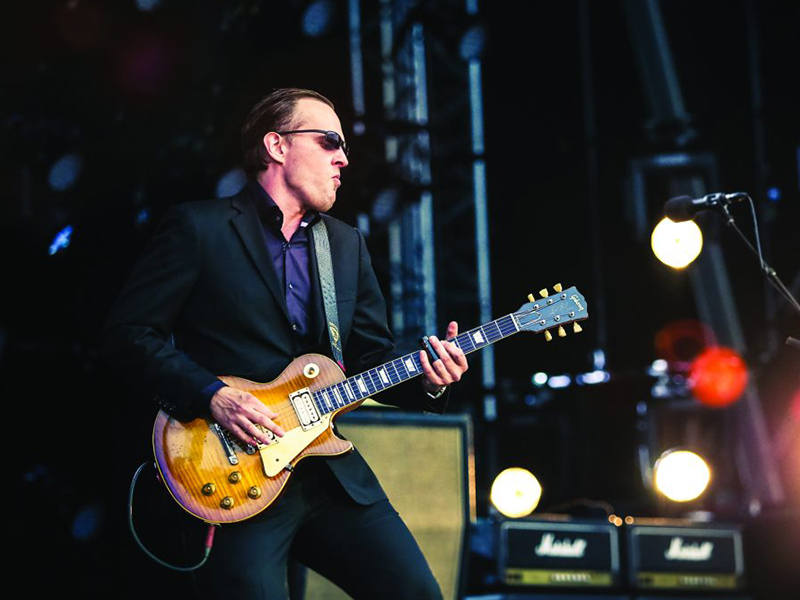 Night 2 of Joe Bonamassa's concert will surely be filled with loyal fans who can never get enough of the artist's superb musicality. The Grammy-nominated artist will be touring with his equally talented band, consisting of Reese Wynans in keyboards, Anton Fig in drums, Michael Rhodes in bass guitar, Lee Thornburg in trumpet, and Paulie Cerra in saxophone.

Aside from playing his notable hits such as "Happier Times," "I'll Play The Blues For You," "Redemption," and "Dust Bowl," Joe will also perform the entire ten songs of his 2021 album "Time Clocks."

It can be noted that in this album, Joe has outdone his previous achievements for having more #1 Billboard Blues albums than anyone in history. The album "Time Clocks" clocked up his 25th #1 album. This doesn't come as a surprise since the album is a monumental and career-changing one for Joe, who reinvented his own sound in this album. His years of perseverance and unyielding dedication are evident in this album that shows his heartfelt songwriting and unparalleled Blues Rock prowess.

"I think Joe has made an album that is truly transitional. From a blues musician to a superstar artist, [and] I'm so thrilled to be along for the ride," stated his longtime producer Kevin Shirley.

So, if you haven't memorized all the songs from the album yet, you better put "Time Clocks" on repeat in Spotify, as you don't want to get left behind by thousands of spectators singing along to Joe's incredible songs. After all, this concert will be recorded for a future DVD. Isn't that exciting? Well, make sure to get your tickets for his show as early as now. Let this guitar legend take you on an incredible night of music you'll remember for the rest of your life!